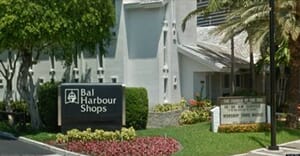 Church By The Sea in Bal Harbour

The Designation Board voted 6 – 3 to not pursue historic designation. The county’s preservation chief, Kathleen Kauffman, cited a strict special preservation criteria which precludes any church from designation that doesn’t have “unusual architectural merit”.  Kauffman stated that the church’s architecture did not stand out sufficiently. Read the article at the Miami Herald