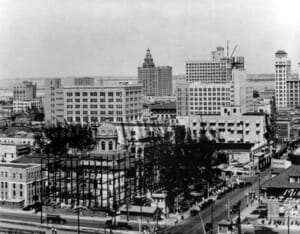 The courthouse towered 335 feet above street level when it was completed in 1928. It was considered the tallest public building in the United States at the time of the dedication. 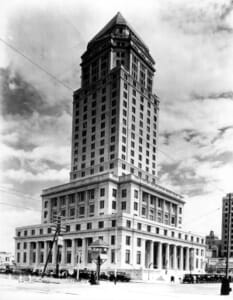 Read more information at “The Path to Justice. The Story of Florida’s Eleventh Judicial Court”, by Dr. Paul S. George.