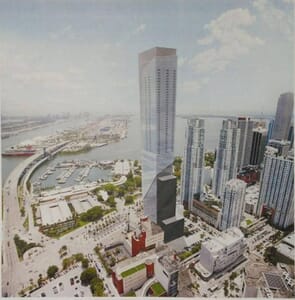 As a frame of reference, the Sears Tower in Chicago is roughly 500 feet, or 31 stories, taller than the proposed plans for the World Trade Center of the Americas in Miami. However, Chicago does not have to contend with hurricanes.

The Holiday Inn structure was built in 1950 according to the Miami-Dade County property appraisal web site. In 1953, it was the Biscayne Terrace Hotel and was one of the many memorable hotels located along Biscayne Boulevard from the 1950s through the later decades of the twentieth century.

In the 1980s, it became the Best Western Marina Park Hotel, but gave way to the Holiday Inn in the early 1990s. Although it is unclear when the 1950s era building will be demolished, its fate with the wrecking ball is imminent. 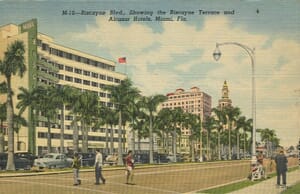