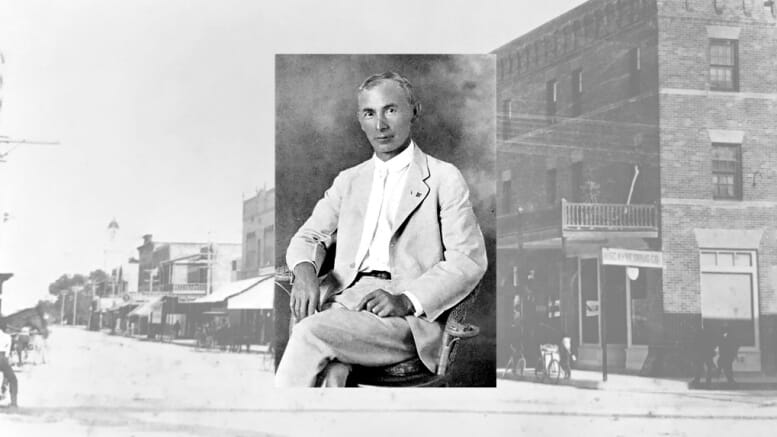 On February 12, 1896, Isidor Cohen opened Miami’s first store on the south side of the Miami River just six days after his arrival to the area. Cohen’s clothing store was considered the first store following the agreement between Flagler, Julia Tuttle and the Brickells to create a city along the banks of Biscayne Bay and the Miami River. The Sewell Brothers opened their store on the north side of the river on March 26th, 1896. 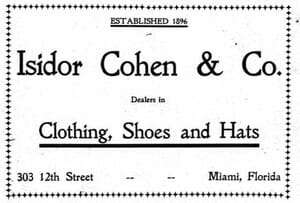 Cohen quickly learned that there was not enough foot traffic on the south side of the river to stay in business, so he chose to move his business to 12th Street (later renamed Flagler Street), before the end of March of 1896. Cohen originally decided to open his store on the south side of the river because the streets on the north side had not yet been cleared. That changed within a month of him opening for business.

Isidor Cohen & Company would operate at 303 12th Street, which would have been roughly at about the northwest corner of Flagler Street and First Avenue in downtown Miami in today’s street names. Cohen stated in his memoirs that he considered his rent of $30 per month “outrageously high”. In today’s dollars, he was paying just under $820 in monthly rent.

Read more information at “Miami The Way We Were” by Howard Kleinberg (pages 51 – 52).