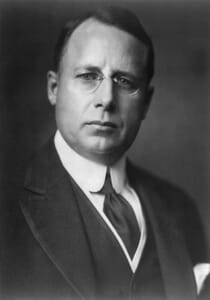 James Cox was also a newspaper publisher and presidential candidate prior to taking up winter residence in Miami. When James Cox ran for president in 1920, his running mate was Franklin D. Roosevelt. Cox was defeated by Warren G. Harding.

James Cox and Carl Fisher knew each other from their time in the Midwest. Fisher convinced Cox to purchase the Metropolis so that he had something to run during his time in Miami.

Shortly after purchasing the Metropolis, Cox changed the name of the paper and made plans to move it from its location at 70 West Flagler Street to 600 North Bay Shore Drive. Bay Shore Drive was later renamed to Biscayne Boulevard. The Miami News and Metropolis building was completed in 1925.

The Miami News later dropped the Metropolis from the name. It was part of the media conglomerate Cox Enterprises. The Miami News published its last edition on December 31, 1988. 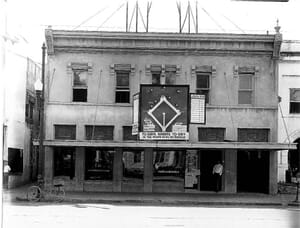