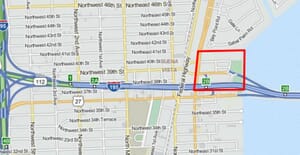 On March 22nd, 1916, Magnolia Park, a sub-division on the Upper Eastside of Miami along the Biscayne Boulevard corridor, was officially platted. Walter E. Flanders and his wife, Hazel, were responsible for accumulating the land and then platting the neighborhood that became Magnolia Park.

Magnolia Park is bordered by NE Second Avenue and Biscayne Bay from west to east, and from the Julia Tuttle Causeway to 41st Street from south to north. Thank you to Elvis Cruz for sharing the story of Magnolia Park.

Below are Elvis’ comments:

Located south of Bay Point, north of the I-195 expressway, and east of the FEC Railroad to Biscayne Bay, this once and still beautiful subdivision was officially platted on March 22, 1916.

Sadly, as is so often the case in Miami, the neighborhood has been disfigured by zoning changes, but much of the original architecture still remains.

At least two of the beautiful surviving houses are 101 years old (apparently having been built before the final plat was registered).

Even more indicative of the disturbing realities of harmful zoning in Miami, the neighbors are now fighting a proposed up-zoning of a portion of their neighborhood from residential to commercial, to enable a 300 foot-tall condo.

May you live forever!

The image for this article is the historic home of Walter Flanders that was built in 1916 and located at 452 N.E. 39th Street. The picture on this page is the outline of the Magnolia Park neighborhood. The borders indicate that Magnolia Park stops at Biscayne Boulevard on the west, but it does extend to NE Second Avenue.