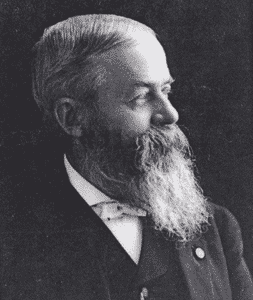 On January 6, 1873, Dr. Horace Porter applied and was granted a post office for Coconut Grove. Porter was a confederate doctor who was most likely made aware of the future Coconut Grove by providing medical attention to Edmund D. Beasley toward the end of the Civil War.

Beasley was granted one hundred and sixty acres of land in South Florida for being severely injured during the Civil War. Beasley became permanently invalided and never occupied the land he was granted.  After spending time in hospitals, he died without ever taking possession. That land was part of today’s Coconut Grove.

Dr. Porter moved to the area several years after the Civil War and began planting coconuts, mangoes, limes and avocados. It was during this time that Porter filed for the post office for “Cocoanut Grove”. The misspelled version of the word ‘coconut’ was used until Dr. Fairchild pointed out the mistake prior to incorporation.

The doctor only remained in the area until the beginning of 1874. His interest was diverted and he left his make-shift plantation for other opportunities. The post office only remained in service until February 3, 1874.

The crops that were planted by Porter were mostly wiped out during the hurricane of 1876. However, there were several plants, including two lone Coconut Palm trees, which survived the great storm.

The post office was forgotten about until Ralph Munroe made a trip out to the Fowey Rock Lighthouse almost twenty years later. He found an old post office report that indicated that the area Munroe lived not only had a post office, but it was also given a name. From that point forward, the area became known as Cocoanut Grove. However, the spelling of the word ‘coconut’ would not be corrected until incorporation in 1919.