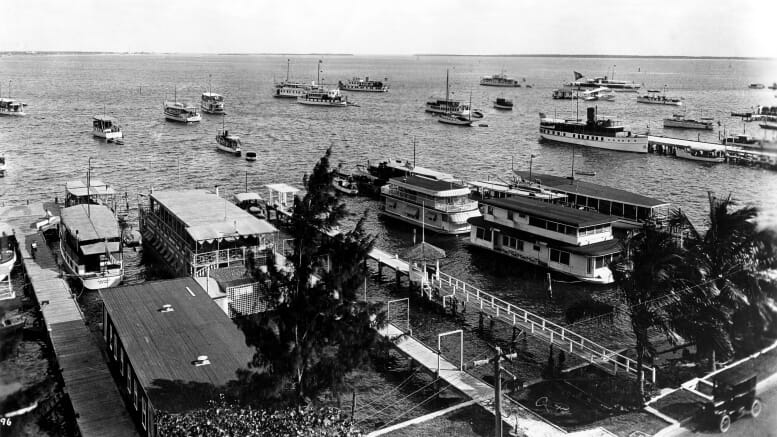 One of the headlines on the front page of the Miami Herald on March 12, 1922, read “Tunnels Lead Liquor Raiders to Big Saloon”. At the time of this raid, the two-year old campaign to rid the country of the manufacturing, sale, and distribution of liquor was forcing bootleggers to get creative in how they transported and stored their illegal contraband.

While Miami was considered one of the leakiest places in America during prohibition, it still required a level of discretion and planning. Prohibition officers and local law enforcement were present and looking to curtail the traffic of gunny sacks of booze arriving from the Bahamas and elsewhere. 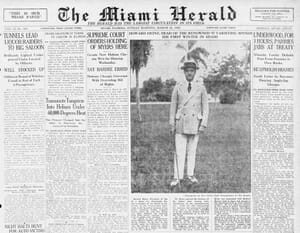 The raid was staged at a local fish company’s place near the city’s municipal docks, which were lined along downtown Miami’s North Bayshore Drive, which is known today as Biscayne Boulevard. Miami’s Prohibition Director, Tom Foreman, was joined by Deputy Sheriff Joe Byrd after he received a tip that an investigation of the fish warehouse might lead to something interesting.

When the inspection team searched the fish house, they found a trap door under a huge pile of sawdust. After opening the door and climbing down a stairway six feet below the ground level, the men found a well-lit underground room with six tunnels leading in different directions. The tunnels were also lighted enough for the men to explore each of the corridors.

At the end of each passageway, they found various quantities of liquor stored. In total, the party seized 35 cases of booze. There was no one arrested associated with the seizure, but the prohibition and local authorities felt that they uncovered a very sophisticated trafficking and storage operation which was carefully planned at great expense.

The article described the discovery as follows:

Half a dozen tunnels, far underground, with each passageway brilliantly lighted with attractive electric light bulbs, and a different brand of liquor at the end of each avenue, was the discovery made during Friday night by a prohibition raiding party.