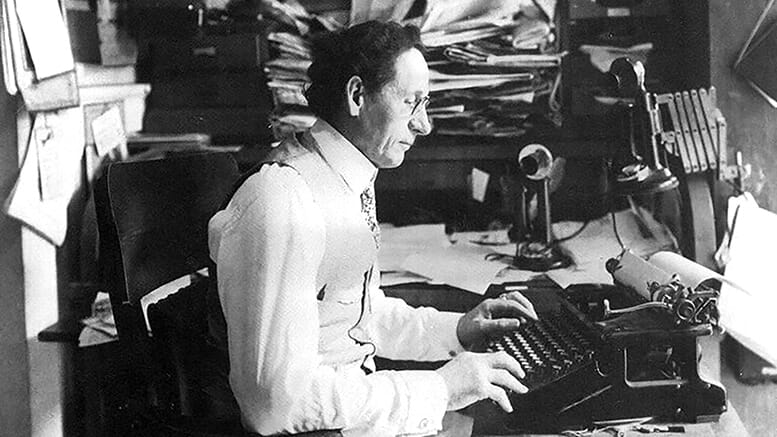 Everest G. Sewell was as much a part of Miami’s early history as any of Miami’s pioneer community. He arrived with his brother, John, on March 3, 1896, when his brother was given the assignment to supervise the clearing of land for Flagler’s Royal Palm Hotel. The brothers were one of the city’s earliest merchants when they opened John Sewell & Brother Clothing Store March 26, 1896. 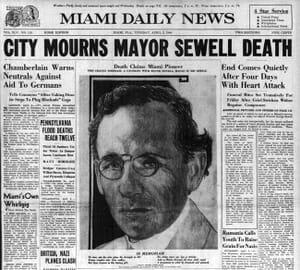 Everest went on to being one of the Magic City’s greatest promoters. He organized the Merchant Association in 1900, which was the first civic organization of the city, and served as its president. It was this organization that organized the fifteenth anniversary celebration of the city’s founding in 1911. In 1915 he became the chairman of the publicity bureau of the Miami Chamber of Commerce, and it was he who conceived of the idea to promote the city of Miami to the world with pamphlets, magazine, and newspaper stories. He later became president of Miami’s Chamber of Commerce in 1916.

Everest would become a three-time Mayor of Miami with the last term coming after the controversy of the ouster of the sitting mayor during the ‘Termite Commission’ scandal of the late-1930s. His first term was from 1927 until 1929, his second from 1933 – 1935, and his last from 1939 until his passing in 1940.

The citizens of Miami were shocked when, on April 1, 1940, news spread that Mayor Sewell had suffered a heart attack. He was admitted into Jackson Memorial Hospital where he was placed in an oxygen tent, but given a grim prognosis. He died the next day, on April 2nd, leaving the city and all who knew him stunned. Sewell Park along the Miami River was named in his honor after his passing.