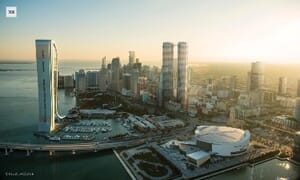 Rendition of Miami Downtown Skyline in 2030

Assuming that the projects planned for downtown Miami are built, VisualHouse created a rendition on what the downtown skyline would look like by year 2030. Notable in the foreground is the SkyRise Miami structure in the BaySide Marketplace. Also notable are the 300 Biscayne Towers surrounding the Holiday Inn, which has been approved for 1,049 feet in height.

Downtown Miami’s appearance has changed dramatically over the years. Curbed Miami posted pictures of the downtown area in the 1930s and 1970s. The one constant in Miami’s skyline is change. 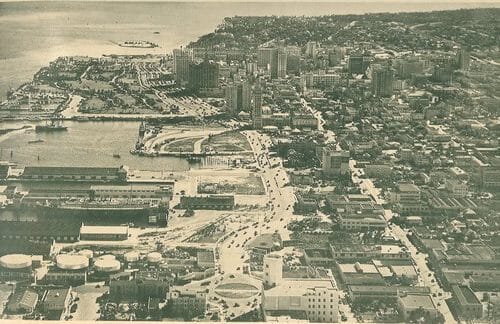