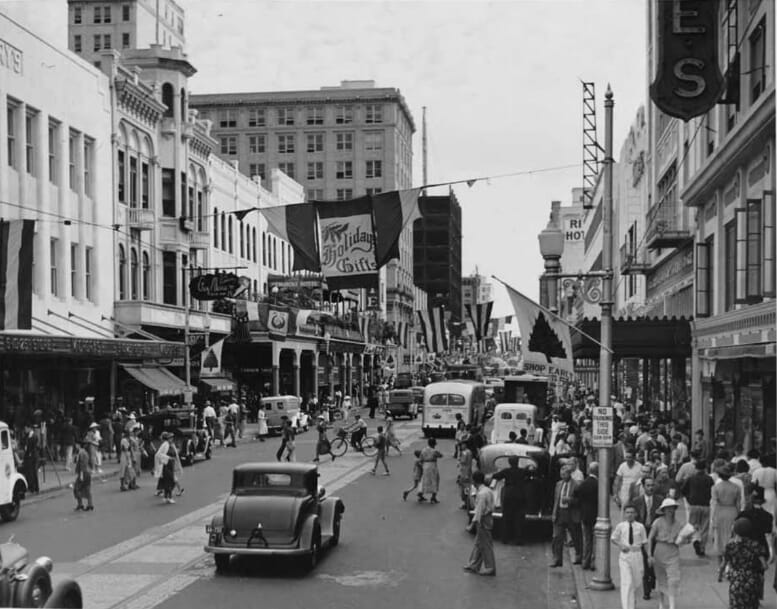 On a Saturday afternoon on November 18, 1933, Chief Detective L.O. Scarboro assigned Detectives Robert L. Jester and his partner, Roy A. Hancock, to the Postal Telegraph Company at 45 East Flagler based on a tip that two men wanted for armed robbery were going to receive a telegram at that location.

The two suspects the detectives were seeking were Anthony Kometic and Leo Zalutsky, both wanted in Allentown, Pennsylvania, for a payroll robbery. The two men were twenty-one years old and considered armed and dangerous. 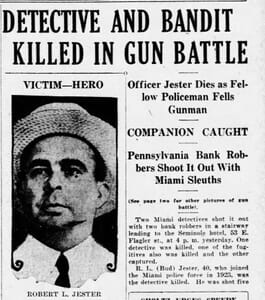 Shortly before 4pm on that Saturday, the detectives were tipped by one of the telegraph company’s clerks that the two men who they were seeking had arrived and asked about the telegraph. The detectives followed the woman from the back of the store to the front with a plan of arresting the two men in front of the store on the sidewalk. Detective Hancock went out a side entrance that led through the Red Cross Pharmacy where he would take position in front of the suspects, and Detective Jester followed the men from behind as they exited from the telegraph company office.

However, when the two suspects saw Detective Jester walk out with the female clerk, they turned around and left the office. Jester followed the two men and caught up to them at the front of the Seminole Hotel at 53 East Flagler Street. He grabbed Kometic by the shoulder which led him to twist and pull Jester into the doorway with him. A struggle began which led to an exchange of gun fire on the landing below a stair case.

Zalutsky ran up the stairs as Detective Hancock arrived, and began firing down the stairs. Hancock returned fire and wounded Zalutksy in the leg who then fled further up the staircase and disappeared. The detective then turned his attention to his partner, Jester, when he heard him cry out that he had been shot. It was at that moment that Kometic began running up the stairs and firing at Hancock. One of the bullets narrowly missed the detective in the head before he got the chance to return fire which hit Kometic in the head before he dropped on the staircase.

Detective Hancock rushed to his partners aide and noticed that he was in bad shape. Given the number of people on Flagler Street at the time, one of the first persons to reach Jester was state attorney N. Vernon Hawthorne, who was crossing the street with his wife and child when the gun fight began. He handed his child to his wife and then rushed to the aide of the fallen detective. 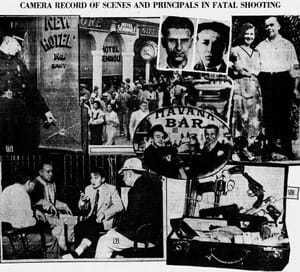 Figure 2: Collage of Photos from Shootout

Hundreds of people began gathering on Flagler Street after the shootout. Given the time of day, stores on the block were crowded with shoppers and they poured onto the street attracted by the excitement. Traffic on East Flagler Street was jammed as the street was closed as law enforcement was now engaged in a man hunt.

Fortunately, the Seminole Hotel was closed at the time of the gun fire exchange. The assistant manager, Fred Hurst, was preparing to show the hotel to persons interested in buying the establishment when the altercation began. He said that at least one bullet came close to hitting him.

Detective Jester died in the ambulance on the way to Jackson Memorial Hospital. He was shot three times, but the fatal wound was a bullet lodged in his chest below his heart. Had he lived one more day, the detective would have celebrated his tenth year with the Miami Police Department.

Anthony Kometic had bullet wounds to his head and his right shoulder. He died in the ambulance on the way to Victoria Hospital. In the meantime, Zalutsky disappeared from the crime scene after he climbed out a second-floor window at the Seminole Hotel. However, he was captured a short time later at an apartment building at N.E. Thirteenth Street and Biscayne Boulevard.