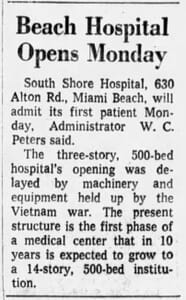 On April 16, 2019, South Shore Hospital at 630 Alton Road was razed to make room for a new development and a park. To the relief of Miami Beach leaders and many residents, demolition ended a period of the former hospital building sitting idle just north of Fifth Street along Alton Road for more than ten years.

South Shore Hospital was originally planned to be built in March of 1964. However, the opening of the hospital was delayed for several years and didn’t open until May of 1968. A Miami News article on Saturday, May 25, 1968, announced that the hospital will admit its first patient on the following Monday.

The article explained the delay in opening as follows:

The three-story, 500-bed hospital’s opening was delayed by machinery and equipment held up by the Vietnam war.

It went onto describe what was planned for the hospital over the next decade:

The present structure is the first phase of a medical center that in 10 years is expected to grow to a 14-story, 500-bed institution. 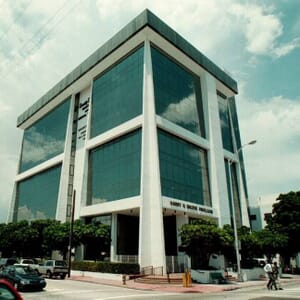 However, the expansion never occurred. The hospital struggled financially throughout the 1970s and 80s. Crescent Heights bought the hospital in 2004 for $35 million and with plans to upgrade the hospital. The hospital switched from a non-profit to a for-profit entity, but never achieved the success they intended. The building was damaged in 2005 during Hurricane Wilma. Within a year, the hospital filed for bankruptcy and closed for good in 2006.

The hospital sat vacant from 2006 until April 16, 2019, when Miami Beach leaders and residents watched as the building was imploded. The land for the hospital will be used partly as home to what will be the tallest residential tower on South Beach, and mostly for a new park. The architect for the building and park was designed by Arquitectonica. 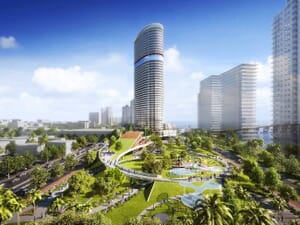 Figure 3: Rendering of Park and new building by Architectonica.