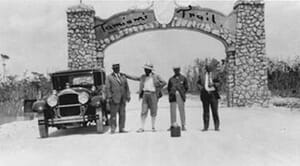 To be more specific, it was the North-South portion of the highway that was conceived in 1915. The following year, Brickell Avenue resident Captain James F. Jaudon proposed an East-West portion that would connect Florida’s Gulf with its Atlantic Coast. 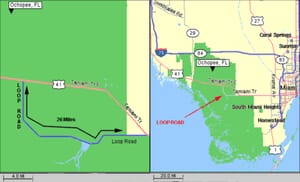 The Chevelier Corporation laid out the new route for the road and construction resumed in 1921. The portion of the new route is known today as the Loop Road. Following more delays due to lack of funding, the Tamiami Trail finally connected in the spring of 1928. April 26th is the official date that the East-West route to the Tamiami Trail officially opened.