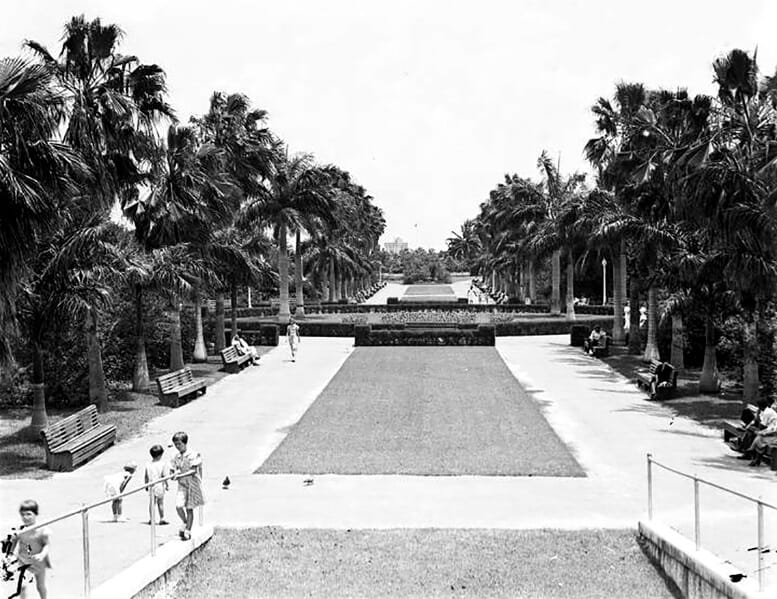 The cover picture provides a northerly view from the bandshell in Bayfront Park on May 30, 1934. The park was formerly inaugurated in 1925 and immediately became Miami’s front yard. It was open less than a year when the infamous 1926 hurricane rampaged through the young park and created a parking lot of sorts for the water vessels that were moored in Biscayne Bay prior to the onset of the storm. 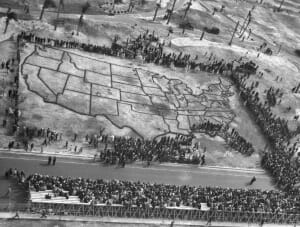 Although not seen in the featured photograph, the bandshell was only six years old when the picture was taken by Gleason Waite Romer. Figure 2 provides an aerial view of the bandshell, which replaced the prior bandshell that was moved from Royal Palm Park to Bayfront Park in February of 1928. The relocated bandshell caught fire a month after it was moved which required the city to replace it with the one serving as the perch for the photographer. It was at this bandshell that Franklin Delano Roosevelt delivered a short speech prior to being the target of a deranged anarchist who intended to assassinate the president-elect in February of 1933.

The cover photograph really captures the beauty of the park less than a decade after it was created from bay bottom and damaged by a strong hurricane shortly after. The palm trees and landscaping matured and provided an inviting playground for children, tourists, and all of those who choose to enjoy Miami’s signature green space during the difficult depression years of the 1930s. 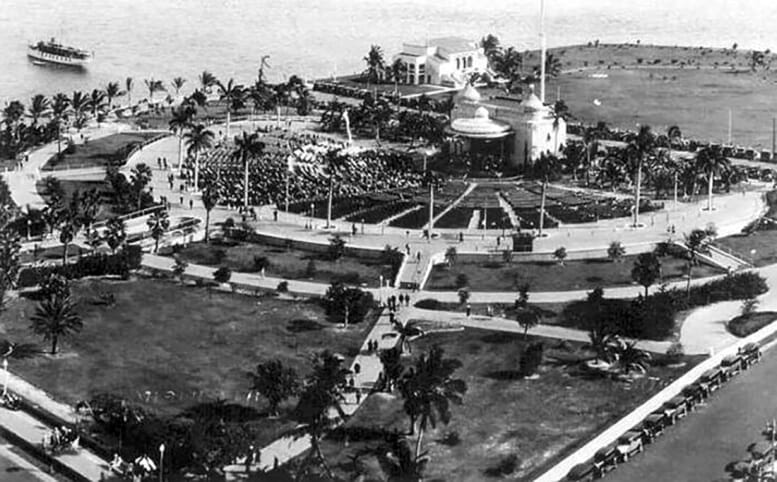