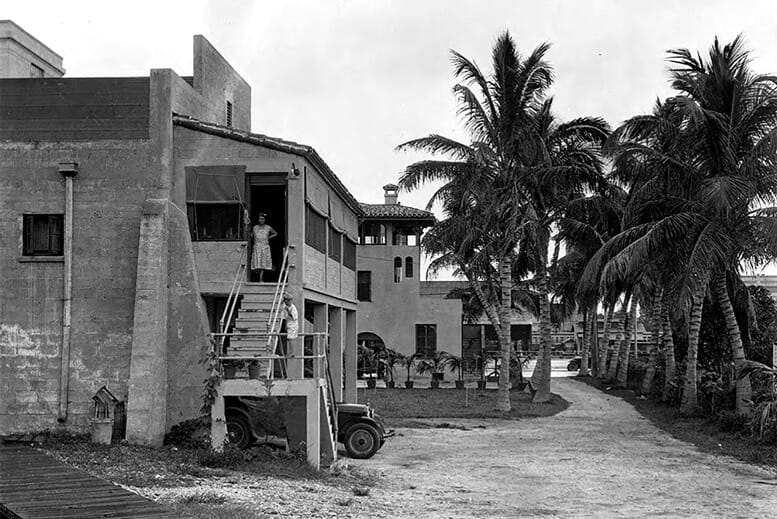 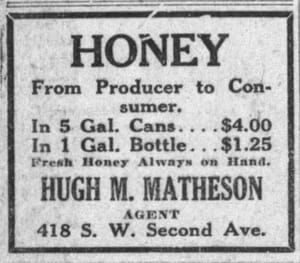 The cover photo provides a view of Commodore Hugh Matheson Senior’s office at 418 SW Second Avenue looking north from the Miami River on September 15, 1928. The office was located on the north side of the Miami River and once served as the clubhouse and administrative offices for the Biscayne Bay Yacht Club for six years after the clubhouse in Bayfront Park was closed following the hurricane of 1926.

The office location was also used by Matheson for canning fresh honey, selling boats and marine generators, as well as growing and selling coconut palm trees. The trees were grown on and around the property seen in the photograph. 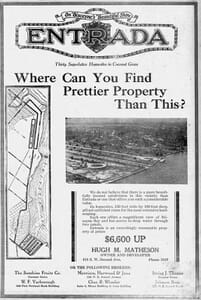 By 1924, during the peak of the real estate boom, Matheson was also marketing 30 plots of land in a small development in Coconut Grove called ‘Entrada’, which was located south of Matheson Avenue and east of Douglas Road. By the 1940s, the land in the picture would become a marina for Miami Marine Engineers. Today, the location of the buildings seen in the cover photo is green space behind (to the south), the City of Miami’s Building and Zoning Department offices at 444 SW Second Avenue.