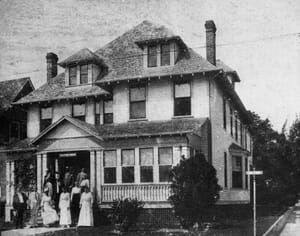 Hulman was the second-generation president of a family business that was started in Terre Haute. His father, Herman, came over from Germany and joined his brother in the grocery business. After his brother, Francis, died at sea aboard a ship called the Astria, Herman expanded the grocery business into a beverage distillery and distributor. After Anton assumed leadership of the company he built the business around a very popular starch product brand called Clabber Girl. By the late 1890s, the Hulmans were one of the wealthiest families in Indiana.

Anton purchased the residence on The Boulevard as a winter home to escape the Indiana winters. The Hulman family lived in the home from the late-1890s until they moved into their second Miami home near Lummus Park along the Miami River in 1915. Their Lummus Park home was designed and built by the well-known Miami architect George L. Pfeiffer. 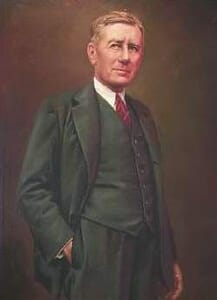 Unrelated to the home in the picture, Anton’s only child, Anton Jr. or Tony, took over the family business at the age of thirty and was probably best known for buying the dilapidated Indianapolis 500 racetrack in 1945. As a matter of coincidence, Tony purchased the racetrack from an ownership group that was headed by Eddie Rickenbacker for whom the Rickenbacker Causeway is named.

After the Hulman’s moved out of 1100 Boulevard, C. M. Frazure and his wife purchased the home to operate a rooming house. Housing was in short supply in Miami in the mid-1910s and single-family home conversions to rooming houses were very common during this time. The couple referred to their converted hostelry as the “Frazure House”.

Like most of the hotels and rooming houses in Miami during this time, they opened their business during the winter season and closed for upgrades and improvements each summer. After renting the residence from the prior owners for the first couple of years, the Frazures purchased the building in August of 1917 for $35K from the Hulmans.

The Frazures ran their business until they sold the property in March of 1920. The home was razed to make room for an expansion of the McAllister Hotel. However, the expansion never occurred and there wasn’t another building on the site until the Columbus Hotel was built in 1925. The Columbus opened on February 8, 1926.