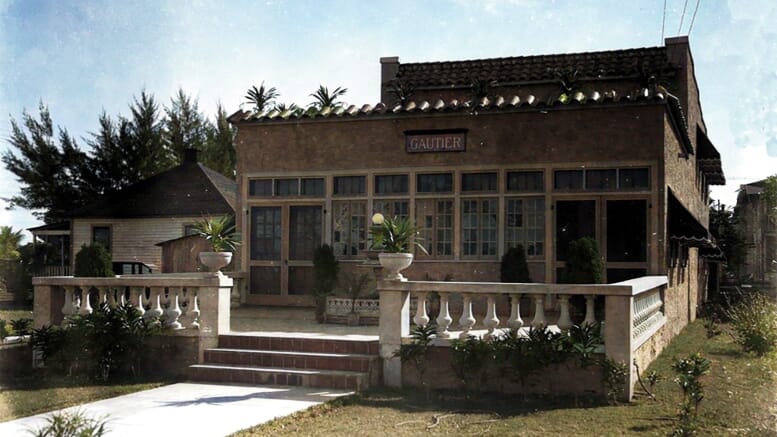 The Gautier Funeral Home opened on March 16, 1925, by Robert Allen Gautier, and his mother, Mary Louise at 514 West Flagler Street in the Riverside neighborhood of Miami. The family business also included John Gautier, who was Robert’s younger brother, when he joined the business in the 1930s.

William J. Gautier, the father of Robert and John, and Mary’s husband, was the son Thomas N. Gautier who was Miami’s first tax collector. The Gautier Funeral Home was moved from 514 West Flagler Street down the road to 779 West Flagler Street within a decade of opening at their original location. 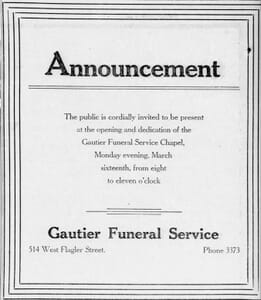 The Gautier family sold the business to Henry Reed in 1951, at which time the name of the business was changed to the ‘Reed-Gautier Funeral Home’. Following the sale of the business, John Gautier chose to follow in his grandfather’s footsteps when he served as Dade County’s chief tax official from 1953 to 1961.

While the structure that served as the second funeral home, at 779 West Flagler Street, is now an empty lot, it does appear that the original structure still stands at 514 West Flagler Street. The appearance of the building has changed, but according to the Miami-Dade Property records, the residential-style funeral home seen in the cover photograph still remains standing at the time this article was published (August 31, 2022).