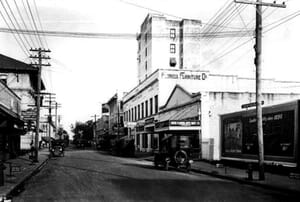 The featured photo was taken in 1920 from the perspective of North Miami Avenue, looking east on NE First Street, toward Biscayne Bay. The Chaille Plan, which changed the street names to a grid system with a starting point at the intersection of Miami Avenue and Flagler Street, was approved in the same year. 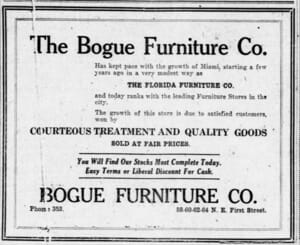 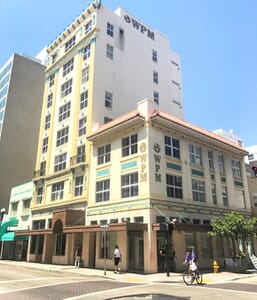 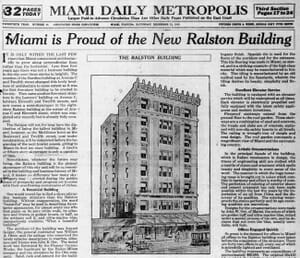 Figure 4: Headline in Miami Metropolis in 1917