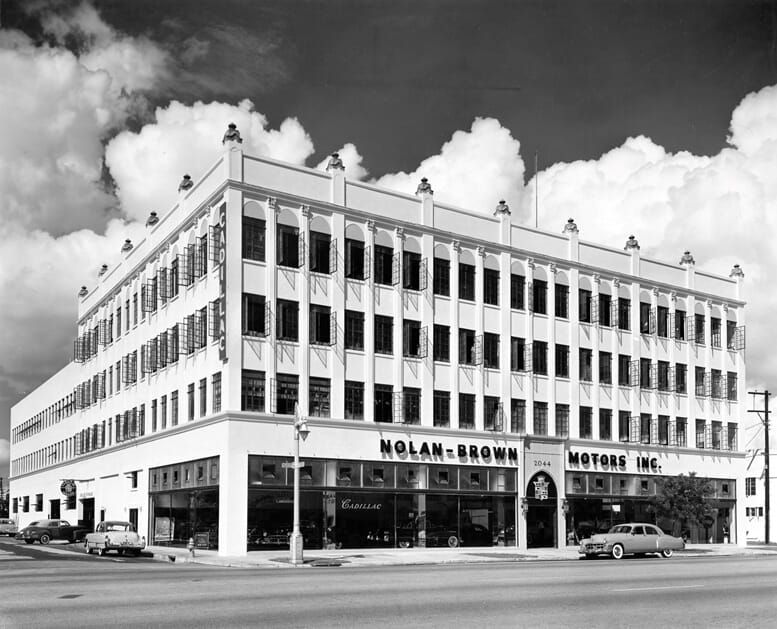 This is a photograph of the expanded Nolan Brown Cadillac building at 2044 Biscayne Boulevard on November 11, 1949. The dealership began work on their addition in February of 1949 when they hired the M.R. Harrison Construction corporation to implement the design of architect Igor Polevitzky for the expansion of the facility.

The Nolan Brown organization was formed in 1928 as the Nolan-Peeler Motors when they began doing business at NE Second Avenue and Twentieth Terrace. Over time, the dealership expanded east toward Biscayne Boulevard which allowed for the construction of the three-story addition which would front toward the boulevard. 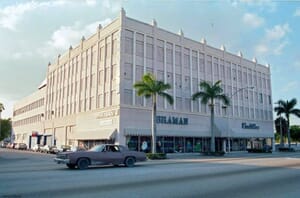 The new building provided for 51,264 feet of floor space and allowed the dealership to claim that they were the largest automotive service facility in the south and one of the largest in the country at that time. The formal grand opening of the new facility took place on November 2, 1949 and included a visit from some of the southeastern region’s top executives for the General Motor’s Cadillac Division.