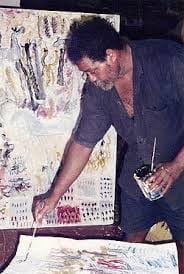 Purvis Young was using the streets of Miami as his own personal canvas long before Wynwood officially sanctioned and commissioned street artists. Young was born in Liberty City in 1943.

He lived a troubled life that included incarceration and substance abuse. However, he found a way to channel his viewpoint into street art that has been showcased and appreciated in museums as well as the streets of his hometown.

Biscayne Time’s featured “Picture Story” for October 2015 focuses on the life of Purvis Young. Dr. Paul George provides a concise story on Young and how his legend has grown even five years following his death.