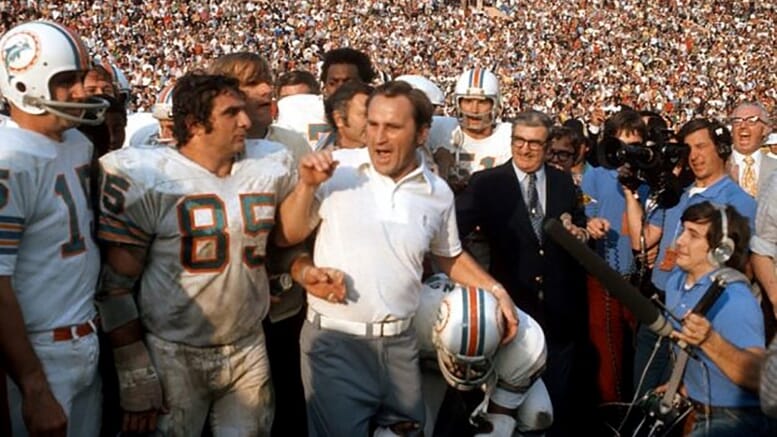 The year 1972 was a special year for the Miami metropolitan area. It was an election year when South Florida hosted the political conventions of both major parties, when the sitting president made Key Biscayne famous as the winter White House, and when Dade County approved a $553 million “Decade of Progress” bond issue to fund projects that would upgrade the county’s infrastructure and cultural institutions. It was also the year of the “perfect season” for the Miami Dolphins.

Tune into this week’s podcast episode to hear about the early history of the Miami Dolphins and that magical season in 1972. Perfection, or going undefeated and untied for an entire season through the championship game, is a feat that had never been accomplished before or since the Miami Dolphins of 1972. You can access this podcast episode on iTunes, Stitcher, Spotify, Sound Cloud, as well as the Miami-History website.