Podcast episode on the journey of the Brickell family from Cleveland to San Francisco to Australia, back to Cleveland and then finally to Miami. Cesar Becerra shares his research as he traced the family’s more than 150 year journey to the Magic City. 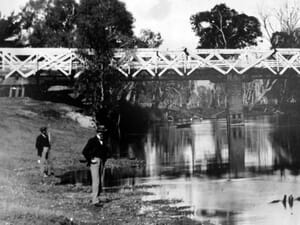 Figure 1: Bridge in Albury, Australia in 1912 before it was replaced

The name Brickell has become synonymous with the upscale financial district located on the southside of the Miami River. However, long before the name became a brand for an important quarter near downtown Miami, it was the surname of a prominent family that settled southside when the area was a sparsely populated outpost and long before it became what it is today.

Those who are familiar with the story of the Brickell family may know their role in the formation of the city of Miami but may not be familiar with their story prior to arriving in Miami. It was a serendipitous journey to Australia that led William Brickell into great wealth, but also led him to find his wife. While Mary and Bill Brickell met and married in Australia, it was ultimately their journey to the wilderness along the Miami River that cast the family in a leading role in the formation of the Magic City.

Tune into this week’s podcast episode to hear more about the Brickell’s journey from Cleveland to San Francisco to Australia, back to Cleveland and ultimately to Miami from a man who has not only studied the Brickells but has traveled in their footsteps to better understand the family’s history and what led them to Miami. Cesar Becerra is a historian who has written books and articles on many topics pertaining to Miami’s past, and has dedicated the last several decades researching and writing about the Brickell’s contribution to the birth of the city of Miami.