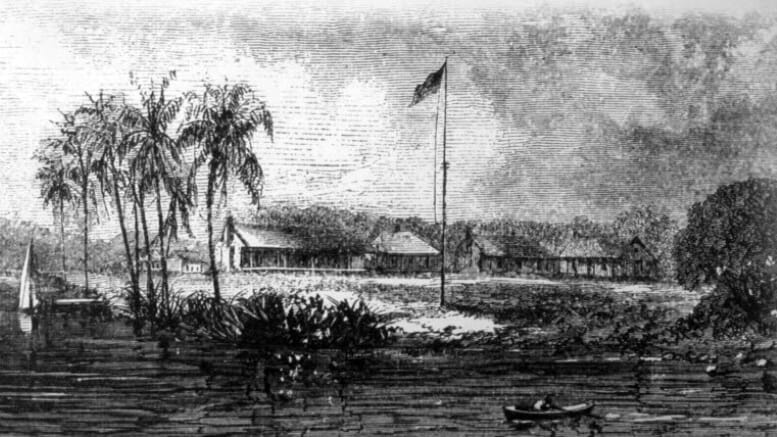 Cover: Fort Dallas at Mouth of Miami River in 1858

This podcast episode features the story of the Fort Dallas era of Miami. While there were several fortifications during the conflicts with the Seminole tribe during the mid-1800s, the area took on the name Fort Dallas for years following the army’s abandonment of the fort that once resided in today’s downtown Miami. Fort Dallas was originally built on Richard Fitzpatrick’s homesite during the Second Seminole War, and then later was refortified on the same property, then owned by Fitzpatrick’s nephew William English, during the Third Seminole War.

Once the Seminole Wars had concluded, the remaining buildings were occupied by the Biscayne Bay Company who later sold most of the property to Julia Tuttle in 1891. The barracks, or “slave plantation quarters”, was once Dade County’s seat, and also would serve as a courthouse prior to the incorporation of the City of Miami. Fort Dallas provided the base of what would become the business district of the Magic City during its early years.

Tune into this week’s podcast episode to hear more about Fort Dallas and what Miami was like during the mid-1800s. Below are additional resources and articles that tell the story of Fort Dallas and its storied history.