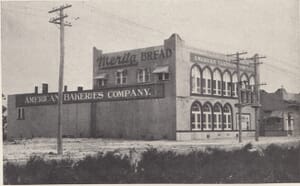 The Wynwood neighborhood has received a lot of attention over the last couple of decades. However, its history is more than a hundred years. The neighborhood was founded and platted by Josiah Chaille and Hugh Anderson. The Chaille family founded a pioneer dry goods establishment called ‘The Racket Store’ and Josiah, while on the city council, was responsible for sponsoring the design of the present-day street naming system. Chaille and Anderson later formed the Biscayne Bay Improvement Company and created the Venetian Islands and Venetian Causeway in Biscayne Bay.

The neighborhood was originally named Wyndwood Park. Later the name would drop the park from the name and the ‘D’ from the spelling of Wynwood. The area was mostly occupied by working class residents. It featured companies such as the Coca Cola bottling plant and the American Bakeries. Northwest Fifth Avenue developed into a garment district.

As the years passed, the neighborhood demographic shifted as Puerto Rican’s moved to the mainland beginning in the 1950s. It earned the moniker ‘Little San Juan’ given the large population by the end of the decade.

It was during the 1980s that the garment and warehouse district became popular with artists and art galleries. The American Bakery building became the Bakehouse and a lot of the warehouses were converted into art collection storage or were transformed into art studios.

Tune into the Miami History Podcast to learn more. You can access this episode right here or on Itunes, Stitcher or Soundcloud.