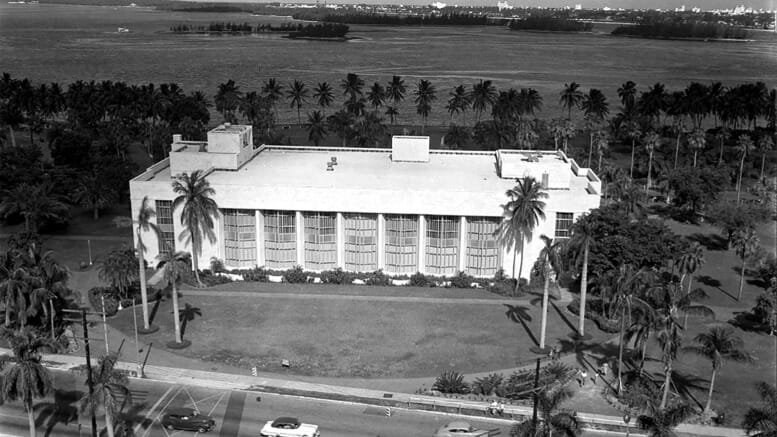 The main branch of the downtown Miami library began as a collection of books and reading circles by the Married Ladies Afternoon Club at the turn of the last century. The roving de-facto library met in many different places during its first decade, but the lack of a facility did not deter the women who began the city’s collection of books.

With the creation of the Miami’s Women’s Club on Flagler Street, the library had an address. The club would move to the Edgewater neighborhood in the late 1920s where the Flagler Memorial Library was created. The city did not provide a permanent facility for the collection until a library building was erected in Bayfront Park in 1951.

Tune into this week’s podcast episode to hear more about the history of Miami’s main library branch. This podcast episode is available on this page, as well as, on iTunes, Stitcher, Soundcloud and Spotify.