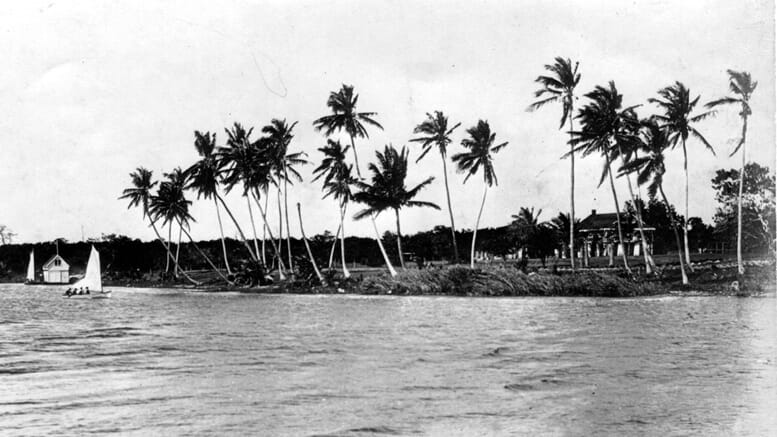 Cover: Biscayne Bay and Mouth of Miami River in 1870s

This podcast episode features Miami from the onset of the Civil War to the dawn of incorporation in 1896. While it was a sparsely populated wilderness, the former Fort Dallas, or future City of Miami, was subject to a Union blockade during the Civil War years. During the reconstruction period, the Freedman’s Bureau dispatched William Gleason to assess the viability of the region for a place to settle freed slaves. This began a period of chaos between the established settlers and Gleason’s ambitions from 1866 through 1877.

During the decades of the 1870s and 1880s, many of Miami’s earliest pioneers arrived and settled into an area simply referred to as Biscayne. Some still referred to the region as Fort Dallas, and a few remembered the Village of Miami period, but most of the settlers during this time were looking to enjoy the pristine and tranquil setting that Southeast Florida offered during the two decades preceding incorporation. Once Henry Flagler, Julia Tuttle, and the Brickells reached their respective agreements to form a city, the area changed dramatically.

Tune into this week’s podcast episode to hear more what Miami was like from when the army abandoned Fort Dallas for the final time in 1878, to the city’s year of incorporation.