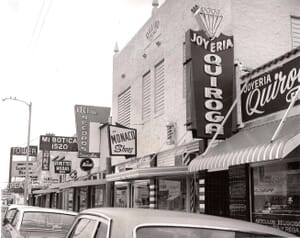 Everything changed after Castro took over Cuba in 1959. Refugees migrated into Miami and ultimately settled into the area around the Tower Theater. Many of the institutions in the old neighborhood evolved with the changing demographics. Beginning in the 1970s, many other Spanish speaking people from Central American began to migrate into Little Havana as well.

Tune into this week’s podcast episode to hear more about Little Havana and its vibrant evolution into a Hispanic cultural center. Below are additional resources and articles that tell the story of this historic community.