As December approached in the year of 1896, the recently incorporated city of Miami was winding down a very eventful year. The extension of the FEC Railway to the banks of the Miami River was completed, construction of Flagler’s Royal Palm Hotel was nearing completion and the residents of the new city were preparing for their very first Christmas.

For some of Miami’s most prominent pioneers, Christmas week in 1896 was a time to return to where they arrived to celebrate the holiday, for others, it was a time to reflect and celebrate all that was accomplished in developing what would be referred to later as the Magic City. Early merchants offered sales to encourage shoppers to buy their holiday gifts at their store. Meanwhile, the city builders continued to complete the work of building a new city. 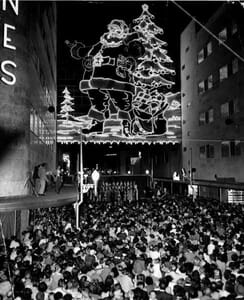 Figure 1: Burdines bridge during Christmas in the 1950s.

Christmas Day arrived with a lot of fanfare but was rather uneventful. It wasn’t until the early morning of the next day that Miami was faced with a tragedy. Lit fireworks managed to find a resting place under E.L. Brady’s grocery store and began a fire. Brady’s, as well as, many of the other buildings along Avenue D were made of wood and the fire led to a lot of damage. A bucket brigade of fire fighters eventually extinguished the flames, but many of Miami’s young institutions were faced with rebuilding their structures.

Miami’s first Christmas was one to remember. Tune into this week’s podcast episode to learn more about the holiday season in December of 1896. You can access the podcast on iTunes, Stitcher, Soundcloud and on the Miami-History website.