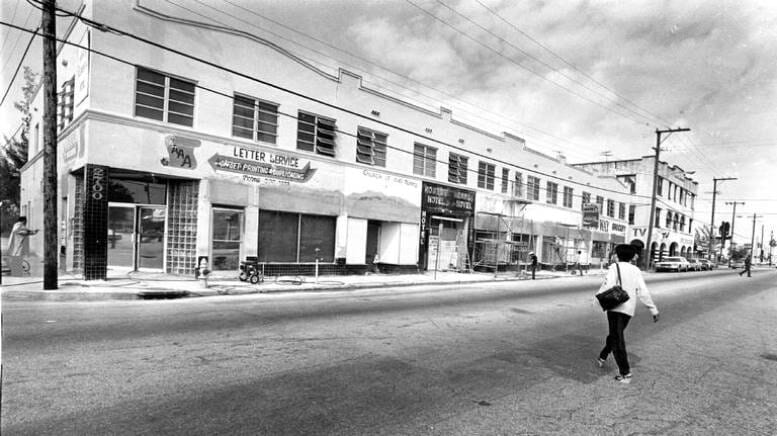 For more than seventy-five years, Puerto Ricans have relocated to Miami in phases. Places like Brickell, Wynwood and the Redlands saw significant settlements of Puerto Rican families as part of several waves of migration. In the mid-1940s, some of the wealthier families purchased mansions along Brickell Avenue to form the first “Little San Juan”. A decade later, a migration of working-class Boricuas settled in Wynwood, shifting the designation of “Little San Juan” to that quarter.

Some of the prominent Puerto Rican families that settled in Brickell included the Ferres, Cabassas and Seralles. Jose Ferre helped build part of Miami’s modern skyline and his son, Maurice, was Miami’s first Hispanic mayor. Pedro Seralles founded the Pan American Bank in downtown Miami in 1945. Other working-class families provided labor for the garment industry, farmland in South Dade County, and the hotels and restaurants on Miami Beach.

Tune into this week’s podcast episode to hear more about Puerto Rican migration to and settlements in Miami. Author Dr. Victor Vazquez discusses his book “Boricuas in the Magic City” and the history of Puerto Rican culture and influence in South Florida. This podcast episode is available on this page, as well as, on iTunes, Stitcher, Soundcloud and Spotify.