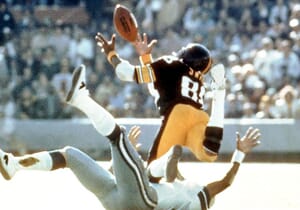 As Miami prepares to host Super Bowl LIV, this podcast episode will reflect on the ten prior Super Bowls played in Miami. While this year’s Super Bowl will be the sixth hosted at Joe Robbie, now called Hard Rock, stadium, five of the first ten Super Bowls were played at the iconic Orange Bowl. The games featured a repeat champion, an unlikely upset, a last-minute victory and a rematch of two storied franchises.

Once the Super Bowl moved to Miami Gardens for the next five games hosted in South Florida, there were plenty of intriguing story lines that surrounded the games. One of the Super Bowl LIV opponents, the San Francisco 49ers, were featured in the first two games hosted at Joe Robbie Stadium. The third championship hosted in Miami Gardens featured a story book ending to a Hall of Fame career for John Elway. The last two contests pitted Peyton Manning and the Indianapolis Colts against the Chicago Bears and New Orleans Saints respectively.

Tune into this episode to hear more about the Super Bowls hosted in South Florida. You can access the Miami History Podcast on iTunes, Stitcher, Sound Cloud and the Miami-History.com website.