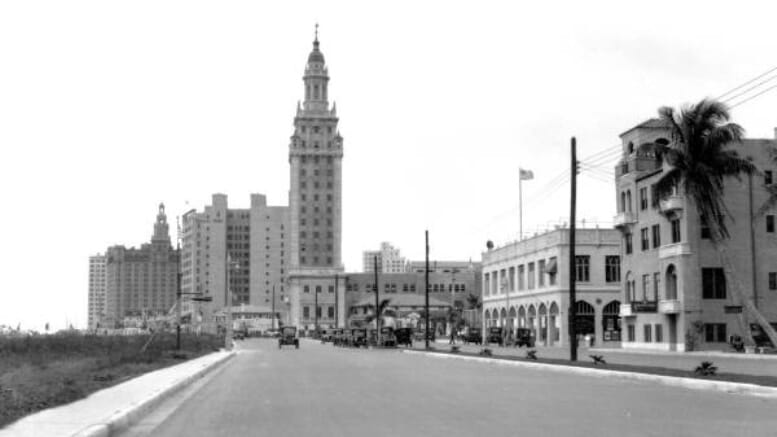 The Miami News/Freedom Tower is one of the area’s most iconic buildings. It is a National Landmark property, the highest status accorded to a historic building or site, and is a stately structure, sheathed in a Spanish Plateresque style, hovering over one of Miami’s grandest boulevards and affording its occupants with a vibrant waterfront view. 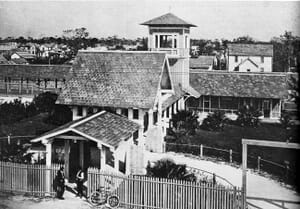 Before there was the tower, there was, on a portion of its footprint, the fledgling city of Miami’s first railroad station. Built by the Florida East Coast (FEC) Railway, whose entry into Miami in April 1896, transformed, overnight, a barren wilderness into a thriving metropolis. The picturesque station sat in the northeast confines of the neophyte community. The northern boundary of the city was just a few blocks from the FEC railroad’s terminus into Miami.

Passengers, upon decamping from a train, typically boarded a horse-drawn carriage to complete their journey to either Flagler’s luxurious Royal Palm Hotel, the Halcyon Hall Hotel, or rooming houses located throughout the confines of the city’s boundaries. In the early years, the passage from the station to the hotels consisted of a ride along Bay Shore Drive, which consisted of a surface made of dirt and “Miami Rock”. In the mid-1920s, the road was expanded, paved and renamed to Biscayne Boulevard.

In 1912, the Florida East Coast Railway opened a new, non-descript station on today’s N.W. First Avenue between Second and Third Streets. The previous station was razed, and the site was soon overgrown with Australian Pine trees and other types of foliage.  During that period, which extended into the early 1920s, the site hosted a Boy Scouts’ encampment. 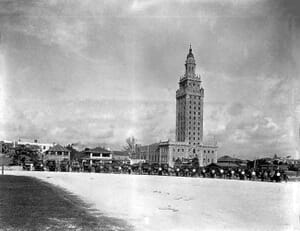 In the early 1920s, James Cox, a prominent newspaper publisher out of Ohio and an unsuccessful candidate for the American presidency at the outset of that decade purchased the Miami Metropolis, the city’s first newspaper.  At the time Cox purchased the paper it occupied a non-descript building on Twelfth Street, renamed Flagler Street in 1921.  Cox wanted a new plant for his newspaper, one that would feature a singular building in a superb location. Subsequently, he purchased the tract of land that formerly hosted the above-mentioned railroad station, and hired a young, though already prominent New York-based architectural firm, Schultze and Weaver. The firm designed a building whose soaring tower resembled the famed Giralda Tower atop the late Middle Ages’ cathedral in Seville, Spain.

The Miami Metropolis, later renamed the Miami Daily News, and, still later, the Miami News, moved into its new quarters in 1925.  At 279 feet, it was the tallest building, at least briefly, in the southern United States.  The internal layout included a broad mezzanine level floor housing the advertising and circulation departments as well as the desks of some journalists. 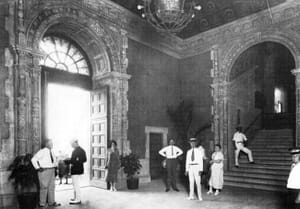 Key features of this area were the elaborate columns rising from the center of the mezzanine to its high ceiling. Adorning the east wall of the mezzanine level was Henry Trumbull’s striking mural depicting a meeting of the Old and New Worlds. Found within the mural was the Edwin Markham poem, an ode to Juan Ponce de Leon and the quest for eternal youth.  At the rear of the mezzanine, and rising three stories above street level, were the newspaper’s towering printing presses.

On the floor above the mezzanine were the offices of the publisher, editors, and the news departments.  In the mid-1930s, WIOD radio, one of the city’s earliest radio stations and a part of the growing Cox media holdings, operated on the fourth floor.  It remained there for the next twenty years and represented a favorite feature of the building, especially among many of the area’s youth, who flocked to the Tower on Saturday mornings for its popular Youth Roundup, an interactive program, which sometimes drew prominent entertainers. In the late 1940s, Frank Sinatra, then in the early stages of his career, was a guest. The floors comprising the tower portion of the building hosted a wide variety of tenants ranging from the Brazilian consulate to fruit shippers and insurance brokers.

In the meantime, the Miami Daily News remained a journal of consequence, one the entire Cox chain of newspapers looked to as a prime example of quality journalism.  In 1939, the News received a Pulitzer Prize, considered the most prestigious award in American journalism, for its success in exposing wide scale corruption at the highest levels of government in the City of Miami. Other Pulitzers would follow. 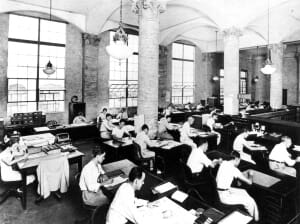 Despite its striking appearance, the News Tower was inadequate as a newspaper plant. Windows remained open for much of the year to allow for the circulation of breezes carried by the nearby waters of Biscayne Bay.  Ultimately, the News grew tired of the building and built a plant in the 1950s that was better suited to the ever-changing technologies of the newspaper business.  The new facility, a Miami Modern styled building was located on the south bank of the Miami River near Northwest 10th Avenue and became the journal’s new home in 1957.

The Tower was later sold but reopened in 1962 as the federally-run Cuban Refugee Emergency Center” for the multitude of Cubans fleeing the Castro dictatorship. On the eve of the building’s repurposing as a refugee assistance facility, Walter Etling, who managed the building in that era, suggested it be renamed the “Freedom Tower,” which quickly became its moniker. For the next twelve years, the old newspaper plant would serve hundreds of thousands of Cubans fleeing their island in a wide variety of ways.

The Freedom Tower’s Mezzanine level hosted the new arrivals as well as the organizations and institutions there to assist them. Applicants for assistance received a number when they entered the area and took seats while waiting until their numbers were called. Once called, they proceeded to the northeastern sector of the mezzanine and to the representative(s) of the charitable agency they requested.  Located in the basement was a medical dispensary with physicians, dentists, and a pharmacy.  There they also received health screenings. The basement also contained a cafeteria which included Cuban cuisine. 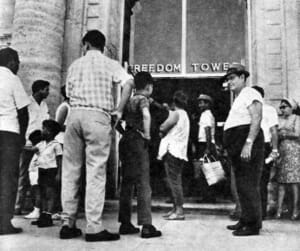 Figure 5: Cuban Refugees in front of Freedom Tower in 1960s.

In 1974, the federal government closed the Cuban Refugee Emergency Center. Two years later, a New York attorney, Sam Polur, purchased the building, but sold it to Citibank Corporation in 1978.  In the meantime, Biscayne Boulevard and the center city were in a swoon as vacancy rates shot up as people migrated away from Miami’s urban core.

In 1981, Southeast Bank Trust took over the unoccupied building, but the building had fallen into a state of disrepair due to both neglect and vandalism. Hope for an improvement in the fortunes of the building appeared when it was purchased by Zaminco International, a Saudi Arabian consortium, which planned to convert it into a luxury office building and banquet hall.  While millions of dollars were spent on renovating the Tower, the project was put on hold as the firm wrestled with solvency. In subsequent years, the building once again suffered the perils of neglect and vandalism.

The building’s fortunes changed when a politically prominent Cuban American family purchased the tower in 1997. The Mas family envisioned the building becoming a monument for Cuban refugees. They commenced a second renovation in 2000 but sold it in 2004 before their plans for a museum and other uses came to fruition. 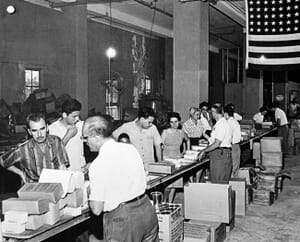 The next owners, Pedro and David Martin, the principals of the Terra Group, are prominent condominium developers throughout Miami, Miami Beach and Coconut Grove. The family-owned firm contemplated their plan for the building, but ultimately decided to donate the historic building to Miami-Dade College. Given the proximity of the building to the college’s main campus, the move made a lot of sense.

The college undertook a massive restoration of the building, the most important effort yet.  Today, it looks as fit as it did upon its opening nearly ninety-five years ago. It is clearly more active than it has been in fifty years. The tower hosts a portion of the fabled collection of pre and early post-Columbian artifacts including rare books, maps, paintings and manuscripts. One of the artifacts was a manuscript of a 1493 letter from Christopher Columbus to King Ferdinand II and Queen Isabel I of Spain.

The building is also the venue for prominent speakers, concerts, and a longstanding exhibition depicting the history of the Cuban exile presence in Miami. After so much uncertainty, a great building, possessing a very rich history, is given a second life. The Miami News / Freedom tower’s future is as encouraging as its past was eventful.