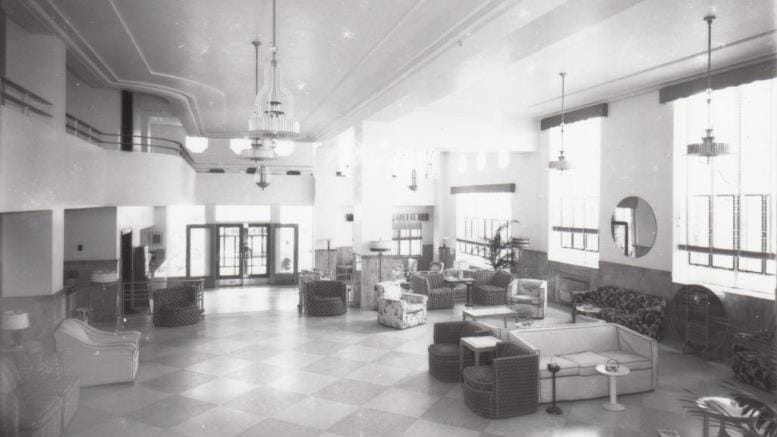 Gleason Waite Romer understood his place in history. When he moved to Miami in 1925, he knew he arrived at a special place during an important time. The Miami that he found was interesting and rapidly evolving. Romer wanted to tell its story through the lens of his camera.

Romer’s photographs provide history enthusiasts of today a glimpse into mid-twentieth century Miami. His collection includes over 17,000 negatives. Some of the images were purchased, but many were taken by him. Gleason Waite Romer’s ‘Changing Face of Miami’ collection is one of the city’s most important historical archives of which few people are aware.

Gleason developed an interest in photography as a young man. While working on a train as a newsboy when he was nineteen years old, Romer found a Brownie box camera left behind by a passenger. He did the right thing and gave the camera to a porter. In turn, the porter sold it to him for fifty cents.

Romer took his first picture from the rear of the train while it was traveling slowly over a bridge. From that point forward, he was passionate about photography. He made extra money by selling pictures to crew members on the train.

In 1908, on the advice of an Atlanta photographer, Romer purchased a secondhand Premo camera. The camera used glass plate negatives, and was considered a commercial grade camera for the time. He began taking pictures of individuals and groups as his profession.

Within two years, he had saved enough money to open his own photography studio. More than a decade later, Romer found his true calling when he decided to take a chance on a fast growing city in South Florida. 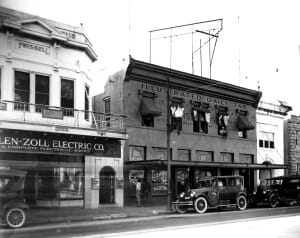 When Gleason arrived in Miami in 1925, the real estate boom was at its peak. While Romer did not have a job, he was confident that the unbridled growth of the city would present an opportunity.

Romer found that opportunity when he walked into the office of Cornelius Vanderbilt’s Illustrated Daily Tab. The newspaper was about one year old when Gleason took a job as a darkroom man.

Within six months, Romer was made head of the photo department. As he said later in life, it wasn’t because of the great work he was doing, but because the paper kept losing employees to real estate speculation. Everyone wanted to get in on flipping property during the great real estate boom of the 1920s.

The Illustrated Daily Tab folded in March of 1926. Romer was owed eight weeks of pay. He accepted a complete hardbound file of all copies of the paper, and all of the dark room equipment in lieu of pursuing his back pay. This included the negatives of the pictures used in the paper.

Several months after Gleason lost his job, the infamous hurricane of 1926 destroyed his home. He purchased a house at 2868 SW 38th Avenue shortly after arriving to Miami. Romer said that the home was primarily built to store liquor during prohibition, so the quality of the construction was rather flimsy.

He decided to rebuild the home himself. He ordered lumber from Jeffrey Lumber Company and insisted on buying only Dade County Pine. He wanted to ensure it would withstand another major hurricane. The home remained standing until 1973, when it was replaced with the house that resides there today. 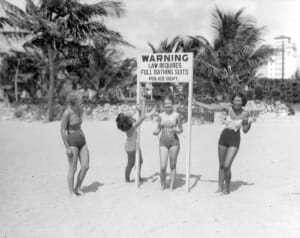 Gleason Waite Romer had a sense of history even as he lived in the moment. He knew that the pictures he was taking today would be important historical artifacts tomorrow. He didn’t miss a moment to canvas all of South Florida. He also didn’t pass on the opportunity to capture all aspects of life in the sub-tropics.

Many of the iconic photos of the 1920s through 1950s became part of the Romer Collection. Whether it was the destruction and aftermath of the 1926 hurricane, bathing beauties posing on Miami Beach or a parade featuring the Ku Klux Klan, Romer was there to capture the moment.

Romer traveled up and down South Florida to take pictures. He took photographs from airplanes, boats and anywhere that he could capture the perfect shot.

He took portraits of many of the famous people who wintered or visited South Florida. Henry Ford, Thomas Edison, Will Rogers and William Jennings Bryan were a few of the people he photographed.

A lot of the great old photos of downtown Miami were taken by Romer. When the great hotels on Miami Beach were built in the 1930s, Romer made sure he captured the important details of what we treasure about the Art Deco District today. 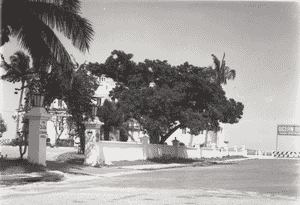 Gleason also purchased other important collections. When Jesse Bratley took a picture of the Miami Welcome Arch in 1911, it could easily have been lost and forgotten. Romer added the picture to his collection and the image lives to intrigue history enthusiasts today.

When Dr. Fuad Hanna took pictures of his neighborhood in the early 1950s, he captured a lot of what was razed and replaced in Brickell. Romer’s purchase of Hanna’s photographs helped preserve the images of a time when South Side (Brickell), was considered Miami’s Gold Coast.

By the time Romer reached his golden years, he accumulated thousands of images. He was very meticulous in how he organized and cataloged the negatives. He stored them in a set of file cabinets in his home. 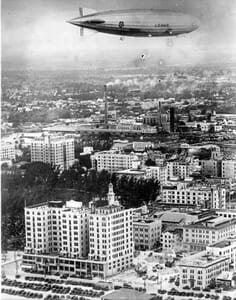 Figure 5: Romer photo of Airship over Miami in 1925

Gleason was very generous when opening his home to others to see his collection. By the mid-1960s, he was seventy eight years old and wanted to ensure his collection was accessible to all those who would appreciate his archive. He referred to his collection as “The Changing Face of Miami”.

In 1959, Romer persistently called Merritt Stierheim, assistant city manager, to convince him to come out to see his collection. In a Miami Herald article in 1997, Stierheim described his visit to Gleason’s home as follows:

“He wanted someone to come out and see his pictures. He had a little home in Silver Bluff, right off 27th Avenue. He had a garage. My memory is it had a dirt floor. If he had one file cabinet, he had 50. And they were crammed full of these pictures, some of them the old tin type. He started pulling out the drawers…It didn’t take me 10 minutes to realize that this was a treasure.”

Romer told Stierheim that there were postcard companies that wanted to buy his collection, but he wanted the pictures “to be preserved for posterity for the public”. The city agreed that Romer’s collection was worth preserving.

The original agreement required the city to purchase the entire collection upon Gleason’s death. They would have to pay his widow $5000 at that time.

However, in 1965, the Miami City Commission agreed to purchase Romer’s complete set of negatives and postcard size prints for the agreed amount. Gleason retained the right to reproduce them for sale.

Gleason Waite Romer passed away in July of 1971 knowing that his collection would live beyond his time on earth. It was up to the City of Miami to ensure that Gleason’s wish for public access to his collection be granted. 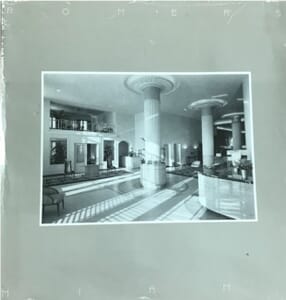 The Miami Dade Public Library System now possesses the full collection of 17,500 negatives. During the last fifty years, there were a couple of initiatives to further catalog and organize the large collection of negatives and prints.

Gary Monroe was hired in the 1980s to help restore and preserve Romer’s work. He reviewed and edited each negative. He was captivated by Romer’s eye for detail and selection of subject.

As curator of the full collection, Monroe selected a number of the pictures and published a book called “Romer’s Miami” in 1985. The book provides a good representation of the diversity of Romer’s body of work.

The collection is now stored in the Florida room of the Miami Dade Public Library main branch. Some of the pictures can be searched on their web site, and a subset of the cataloged images are available to view online. To search the collection, one can go to the library’s web site and search for “romer collection”. 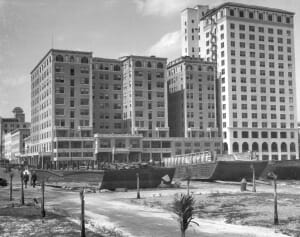 It is hard to imagine what would possess a man to dedicate forty years of his life to documenting what he called the ‘changing face of Miami’. Romer didn’t seem to be interested in getting rich from his collection.

His motivation was revealed when curators found a note he included along with his negatives. It was tucked into papers that were donated with the collection. Part of his essay was published in a Miami Herald article published in December of 1997. It read as follows:

“Life in Miami, my adopted city, has been of many ups and downs, but always Miami came through. Many of my personal predictions for its future have materialized….My greatest moments were when public officials took time to listen to a lone cameraman and gave assistance to his efforts to tell the world about Miami and its climate, possibilities and future.”

Romer understood the importance his photographs represented to the City of Miami. All he really wanted was for someone to share his passion and appreciation for his life’s work. In the end, he wanted his legacy to be his collection. While it may not be widely known, at least Romer’s legacy has been preserved and is available at the downtown branch of the Miami Dade Public Library.