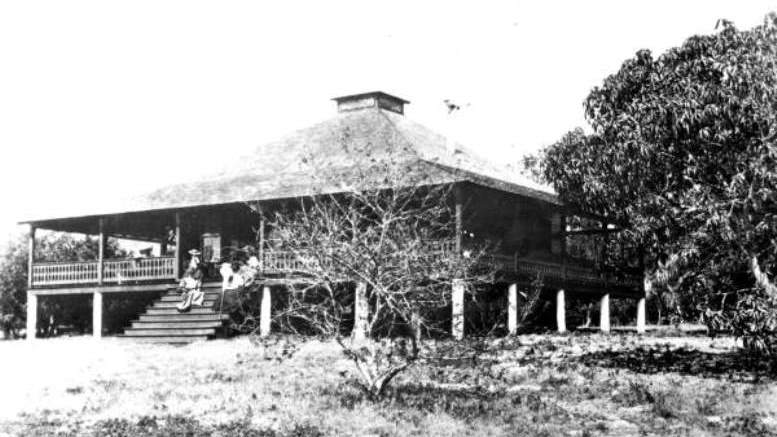 The destiny of the Miami area and all southeast Florida changed dramatically in 1896 when Henry M. Flagler’s Florida East Coast Railway reached the Miami River. Soon hundreds of new settlers were pouring into Dade County.  Coconut Grove residents viewed the area’s quick development with concern for they knew that its pristine environment and casual lifestyle would suffer as a result.

In the early 1900s, several wealthy, accomplished visitors built splendid homes on or near Coconut Grove’s bay front, thereby creating a “millionaire’s row.”  Among the most noteworthy was Pittsburgh Steel president John Bindley’s El Jardin, a Mediterranean-styled jewel sitting amid ten lush acres on the ridge overlooking Biscayne Bay. Today it serves as the centerpiece of the sparkling campus of the Carrollton School of the Sacred Heart.

Other less pretentious homes were also notable. They included Ralph Munroe’s Barnacle, a striking concoction consisting of two floors built 17 years apart, and now the focal point of a verdant state park.  The Barnacle, hovers on a mound 18 feet above sea level and is the oldest home on its original site in Miami-Dade County.  Further, its design allows for a brisk breeze out of the southeast to keep it cool much of the year. Another home, no longer around, but noteworthy for its age and history was that of Kirk and Mary Barr Munroe (no relation to Ralph Munroe), known as The Scrububs.  It rested on the site of today’s La Brisa, a Spanish Colonial- styled jewel on Main Highway, which is now the property of the expansive Ransom-Everglades school complex. The free-spirited Kirk Munroe, a famed author of boys’ stories, often bathed in the buff outside of his home, prompting Ralph Munroe’s daughter, Patty Munroe Catlow, to avoid passing by the other Munroe’s nearby home during the mornings since there was the chance that Kirk would be in the process of bathing! America’s entry into World War I in 1917 ushered in a new era for Coconut Grove as the U.S. Navy built one of the nation’s first naval air stations on Dinner Key, formerly an island favored by picnickers.  More than 1,000 aspiring aviators trained there.

In 1919, Coconut Grove incorporated as a town after a successful campaign to close the aviation facility since the war was over. During the incorporation meeting, the new town dropped the “a” from “Cocoanut” after Dr. David Fairchild, a renowned horticulturalist, informed the incorporators that the this was the proper spelling of the fruit. The Grove’s status as a town and later a city changed radically in 1925, when it was annexed to the onrushing city of Miami amid a great real estate boom and despite strong opposition from Coconut Grove residents.

In the meantime, the site of the old naval air station became host first to Ralph O’Neill’s New York, Rio and Buenos Aires Airline, and then to Juan Trippe’s Pan American Airways, a seaplane operation, in 1929.  Founded in Key West in 1927, Pan American Airways moved to Miami in 1928.  By the 1930s, it was the world’s preeminent airline with routes reaching out across the waters flanking both sides of the United States. Pan American maintained a seaplane base at Dinner Key through World War II.  After the war, the Dinner Key Auditorium opened on a portion of the old naval air base.  Recently razed to make way for a portion of the city’s stunning Regatta Park, the auditorium served a wide variety of roles, hosting gun shows, automobile exhibitions, and musical concerts. The most memorable concert hosted at the auditorium was the performance of the Doors, an acid rock band, in March 1969.  It was at this event that the Doors lead singer, Jim Morrison, was led off the stage midway through the concert after exposing himself. The facility also hosted sets for the popular television show, “Burn Notice.”   Interestingly, Coconut Grove became the center of Miami’s tumultuous politics after city hall relocated in 1954 to Dinner Key.

In the middle and latter decades of the twentieth century, Coconut Grove maintained many elements of its unique identity while continuing to serve as a welcoming venue for creative types.  The Grove was home to the writer and environmentalist, Marjory Stoneman as well as writer-historian Helen Muir, both of whom lived on leafy Stewart Avenue. Hervy Allen, the best-selling author of the path breaking book, Anthony Adverse, and a prominent biographer, lived in Coconut Grove, while the great playwright, Tennessee Williams, who resided in Key West, kept an apartment near the Coconut Grove Playhouse, which presented his scintillating plays.  America’s poet laureate, Robert Frost, who resided in South Miami over many winters, was a frequent visitor to Coconut Grove and was especially fond of the barbecue fare served in an outdoor venue near today’s Mayfair Hotel.

Mid-century Coconut Grove was one of the most exciting locales in Greater Miami, and its allure would increase in the next four decades before the rise of other neighborhoods would draw people and even businesses away from it.  In our next installment of this blog, we will examine other elements of the quirky, creative Grove, it’s triumphs and challenges and the resultant changes to this picturesque village on Biscayne Bay.