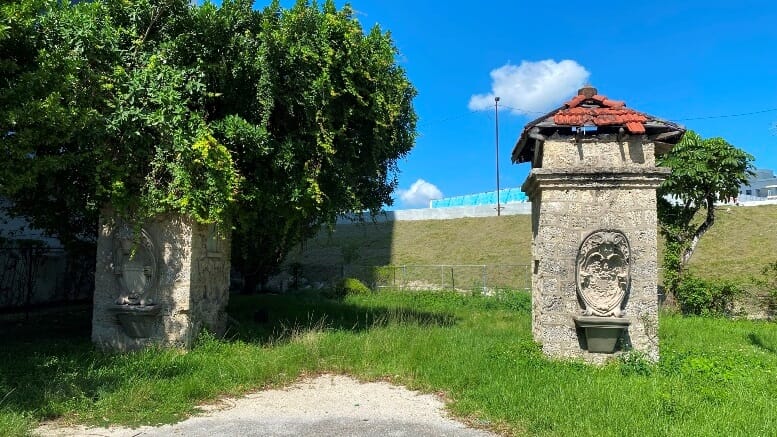 On the periphery of the east-west expressway along NW Tenth Avenue stands two old gate posts seemingly to nowhere. They appear to be what they are, relics of an era long forgotten. The gate posts were constructed by pioneer John Sewell in 1912 to provide a grand entrance to his 46-acre tract of land that he purchased in 1906.

Sewell hired a Basque stonecutter named Felix to construct both the entrance and the residence he planned to construct on the highest point on his property. The home that was named for the Seminole phrase for ‘new moon’, Halissee, was mostly completed by 1913, but remained a work in progress for the next decade, still being worked on in 1922, long after the Sewell’s moved into the residence. While the dwelling has been adaptively repurposed as part of the Jackson Health complex, the gate posts have sat on the other side of the expressway as forgotten artifacts of a time when John Sewell was a well-known civic icon and renowned pioneer of the city of Miami.

The Daddy of Miami 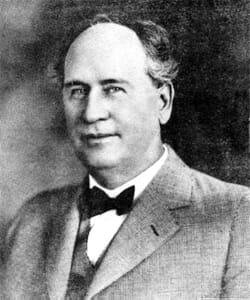 In his autobiography entitled “Miami Memoirs”, John Sewell described himself as the Daddy of Miami. In the first paragraph of the book, Sewell stated “Julia Tuttle gave the land, and Henry Flagler the money but I started Miami.” Sewell was sent to what would become the city of Miami in March of 1896 to supervise the clearing of the land for the Royal Palm Hotel and prepare the infrastructure for the fledgling municipality.

In addition to his role with the FEC organization, Sewell was a pioneer merchant, starting one of the first stores in the city, and was mayor from 1903 to 1907. John Sewell was one of the most prominent founders of the Magic City not named Flagler, Brickell, or Tuttle.

He was a big proponent of the use of native materials to construct roads and buildings within the city and advocated in 1912 that the new US Courthouse and Post Office be constructed with oolitic limestone blocks. While the architect and general contractor for the courthouse went a different direction, Sewell chose to follow his own advice when he built his home, Halissee Hall, primarily from native stone milled in South Florida. He turned to his stonecutter to also design and build his entrance gate. 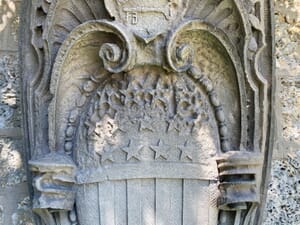 Prior to the start of construction for Halissee Hall, Felix completed the front entry to Sewell’s property in the summer of 1912. The gate opened to a white limestone driveway which extended a quarter mile from the entrance to the front steps of Sewell’s three-story residence.

The Federal Courthouse, located at 100 NE First Avenue, was constructed at the same time as Halissee Hall. The architect for the courthouse ordered two ornamental shields which were to include 13 stars on each one to represent America’s original colonies. However, the ornaments showed up with only 11 stars on the shields, prompting the architect and general contractor to reject using them as part of the building’s facade.

As the shields were about to be hauled off to the dump, John Sewell learned that the ornaments were going to be discarded and offered to purchase them. After acquiring the decorative ornaments “dirt cheap”, John tasked Felix to mount the flawed shields to his gate posts. They shields may have been two stars shy of perfection, but it didn’t stop Sewell from adding them to his entranceway.

What is left of the entranceway and the small parcel of land it resides have been owned by the City of Miami for decades. While they have degraded due to age and neglect, the oolitic limestone gate posts and ornamental shields have stood the test of time. Many see the vestige columns as an entrance to nowhere, but they should be viewed as artifacts of a time when these relics guarded a pathway to John Sewell’s new moon.