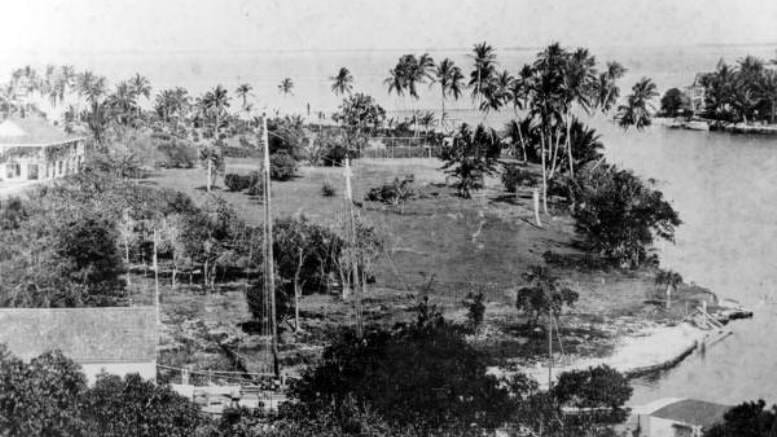 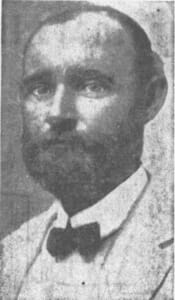 Pre-incorporation Miami, that is the period prior to 1896, was a subtropical Eden with its clear streams and dense foliage, its billowing clouds, and stunning light, its sounds of birds and other wildlife in an untrammeled wilderness. Our information on that era is derived from many sources: newspaper accounts, travel books, diaries, retrospective articles, and the like. Such descriptions and accounts have, of course, proved invaluable in our understanding of this isolated paradise with its tiny population that in the years immediately before the entry of Henry M. Flagler’s Florida East Coast Railway in April 1896.

Dr. Walter S. Graham, a physician, attorney, and newspaperman who was the founding publisher of the Miami Metropolis, the community’s first newspaper, visited southeast Florida in 1893 to write an article about the pristine environs of the small community that would later become Miami. Although he was editor of the Indian River Advocate, he filed the article quoted here for The Florida Times-Union, which was published in Jacksonville.  Entitled “The Lower East Coast, A Picture of Beautiful Bay Biscayne and the Lake Worth Region,” the article appeared in the May 1893 issue of the journal. 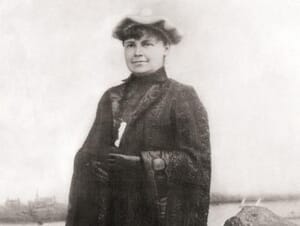 Graham journeyed to the area from Fort Lauderdale by stage, noting that it took less than six hours to deliver him from the stage coach camp along the New River in today’s Fort Lauderdale to Lemon City, “on beautiful Bay Biscayne,” even though “a stop of three-quarters of an hour is made for lunch at the picturesque natural rock bridge over Arch Creek (near today’s N.E. 135th Street and Biscayne Boulevard).  One of Graham’s “companion passengers” on the hack line was Julia Tuttle, destined to become the “Mother of Miami.”  Tuttle invited Graham to spend the day as her guest at her home “at Fort Dallas”, which was one of the names used to refer to the outpost along Biscayne Bay at the time. Tuttle’s property included the fort, which served as a U.S. Army facility in the Second and Third Seminole Wars, fought from 1835 until the late 1850s.

Graham characterized Tuttle as a person “known far and wide, up and down the east coast as one of the most energetic and progressive citizens of the Biscayne region.” He offered high praise for Tuttle’s home, built a half century earlier by a slave plantation owner and later converted to the aforementioned Fort Dallas. Graham averred that “no architect of today could design a home calculated to make a more permanent or substantial abiding place than that where (sic) which Mrs. Tuttle has succeeded in making out of old Ft. Dallas.” 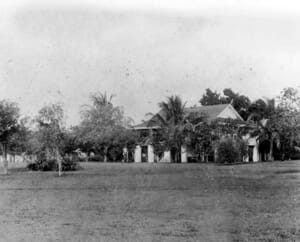 He described the wall of the home as “just as strong and well preserved as the day that they were built.” The view from the vantage point of the Tuttle home was, of course, Edenic: “From the upper porch or verandah one can look out on the Miami River and beautiful Biscayne Bay, and as the breeze sweeps in from the gulf stream, pure, fresh and invigorating, there are few who can take in the environment without a longing to own a few acres in this favored region, where all the attractions which have done so much to make Florida popular with tourists seem to exist in greater perfection than elsewhere on the peninsula.”

Graham noted that Tuttle kept a force of men “constantly at work” on her Fort Dallas property, “clearing away the forest growth and making various improvements.  Additionally, she has several head of fine Jersey cows, as well as several calves.”  The correspondent mentioned that just a few years earlier, Tuttle “had been a popular society leader in Cleveland…but living here on the shore of Florida’s loveliest bay, she, her son and daughter are more than content with their tropical home,” than anywhere else. 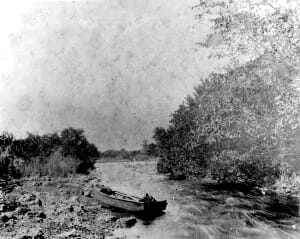 Many early Miamians were anxious to provide visitors a glimpse of the mysterious Everglades, which stood, in some areas, just four miles or so west of Biscayne Bay.  Abutting the eastern edge of the Everglades were the falls, an area where sheets of water, particularly in the rainy season, dropped into a recessed area marking the headwaters of the north fork of the Miami River.  From there, the water gushed over and around rocks in the riverbed, creating the rapids, ribbons of swirling water racing in an easterly direction.

Graham arranged to travel upriver for four to five miles to the falls.  He and his party boarded a “commodious” naphtha launch (a petroleum-powered vessel), and in less than an hour from their departure near its mouth, they “had touched the headwaters of the Miami River.”  However, the falls were, in Graham’s estimation, “not worthy of the name.  They are simply rapids through which the stream…makes its way very rapidly through a natural trough of rock.” Dr. Graham did allow that the falls were “a picturesque spot…There are several fine mineral springs bubbling up from the bed of the stream through fissures in the rock just above the rapids, which undoubtedly possess medicinal qualities.”

The energetic Graham returned to Fort Dallas in time for dinner, and one hour later, he was on his way to Cocoanut (sic) Grove aboard the same launch.  In part two of this topic, we will examine other elements of Graham’s travels in an area which was still three years away from the beginning of its modern era.