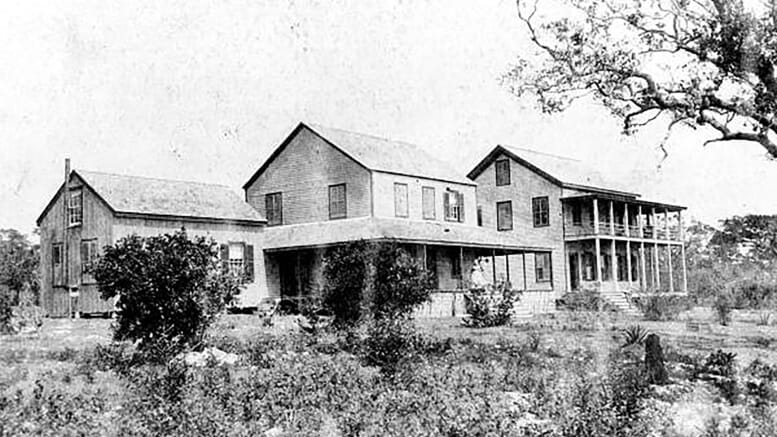 In the previous installment of this series, we followed the journey of Dr. Walter Graham through Miami and other portions of southeast Florida in 1893, at a time when that region was essentially an undeveloped wilderness. We left Graham as he was turning away from the headwaters of the Miami River preparatory to visiting Cocoanut Grove, the most flourishing community on the southeast Florida mainland. 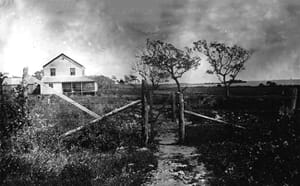 Arriving in Cocoanut Grove, five miles south of Julia Tuttle’s home at the mouth of the Miami River, Graham and his small party took a room in the lone inn in the area, the Bay View House, which rested in the western portion of today’s Peacock Park.  Graham noted that the popular inn was “filled with people…and that several guests had become so fascinated with the vicinity that they had bought land in the neighborhood and would build in time for the next season.”

Graham’s reference to the hostelry as the Bay View House, which opened as a two-story wood frame building by that name in 1882, is interesting, since, by the late 1880s, many people had taken to calling it the Peacock Inn after the surname of its proprietors, Charles and Isabella Peacock. The couple migrated from England to the wilds of southeast Florida in the late 1870s at the invitation of Charles’ colorful brother, Jolly Jack Peacock, a onetime keep of the Cape Florida Lighthouse.

Dr. Graham also informed readers in his dispatch that he had met the “Hon. J.W. Ewan, the ‘Duke of Dade’…and from this affable gentleman we learned everything in the way of news and of interest which had occurred since our departure two months before.” A native of South Carolina, Ewan was known by the aforementioned moniker because of his genteel ways. 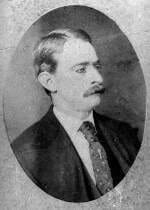 He had arrived in the area in the 1870s, as the caretaker for the interests of the Biscayne Bay Company, which planned to create a community in today’s downtown Miami.  While the company was unsuccessful in this pursuit, Ewan, a onetime member of the Florida State Legislature, remained a presence in both Cocoanut Grove and at the old Fort Dallas complex, where he had earlier operated a store. (Ultimately, Julia Tuttle, Miami’s “Mother,” would purchase the company’s tract of 640 acres of land).

Graham met Captain A.R. Simmons on the same occasion. Married to a physician, Dr. Eleanor Galt Simmons, Simmons was another person who constructed his home in Cocoanut Grove.  Graham dined with the Simmons family, who resided on the site of today’s Kampong National Tropical Botanical Garden, and bragged about the excellent—and clearly unusual—meal prepared by Dr. Simmons on that occasion.  “One dish which he had never tasted before,” he noted, “but which we hope someday to sample again was ‘corned manatee’, and we found it, to say the least, very palatable.  The meat has a flavor which suggests either young pork or chicken, as you please…if you ever get a chance go by.”

Graham also noted that Captain Simmons bought a plot of land from Ewan south of the heart of Cocoanut Grove a few months earlier and had already begun to erect a stone house upon it.  Others also bought land and were building in this area called Ewanton, named for the Duke of Dade, who possessed large tracts of property there.  Graham predicted that “one of these days it (referring to the area of Ewanton), would be a place which somebody would be proud to have bear his name.” 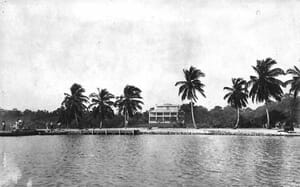 On the following day, Dr. Graham and Ewan sailed down Biscayne Bay to the Indian Hunting Grounds, where today’s Charles Deering Estate lies. Perched on an oolitic limestone ridge, the area took its name from the profusion of game found in the wooded area, which drew Native American hunters and others who lived there for millennia.  There they visited John and Mary Addison, denizens of that picturesque but desolate area for nearly thirty years.  After talking with the Addisons, Graham and Ewan began the long journey back to Cocoanut Grove, which was eight miles away from the Addison home. Despite the long walk, the journey allowed the men “to inspect the intervening country” and appreciate “the southeasterly” breeze coming off of Biscayne Bay.

Graham described the return journey to Cocoanut Grove as follows:

“The writer is very susceptible to the sun, but the tramp from the hunting grounds to Cocoanut Grove was made without incurring any headache (which plagued him on long walks at home); so cool, constant and invigorating or stimulating, is the breeze that sweeps across the bay and through the pine woods that the distance was covered without any exhaustion or unpleasant effects other than a little tiredness of the muscles, which, of course, was expected by one who had not taken a walk of half that distance for years.”

With this dispatch, Dr. Graham positioned himself as an early champion of a vast subtropical wilderness that was now on the cusp of great change.  Three years later, he would be one of the moving forces behind the creation and early development of the City of Miami.