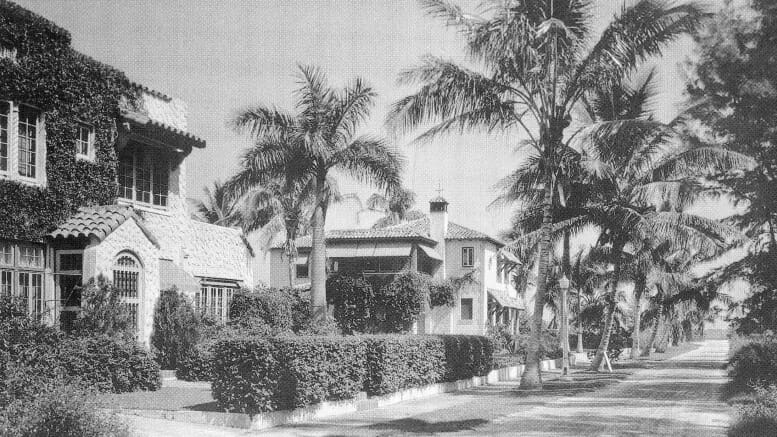 Standing between Biscayne Bay and points west of Biscayne Boulevard from Northeast Fifty-Fifth Street to Sixtieth Street, the northern portion of the Morningside neighborhood is a textbook example of a neighborhood exhibiting resilience. During the 1960s and 70s, while residents in the surrounding neighborhoods were fleeing to new and alluring suburbs built during the post-World War II period, homeowners in Morningside remained and invested in a community that would ultimately become the first historic district in the city of Miami.

South Morningside was a more recently developed section of the historic locality. It stretches from northeast 53rd Street to 50th Terrace and includes Morningside Park lying on its eastern periphery.  Created primarily after World War II, its building stock is comprised largely of the Miami Modern or “Mi Mo” style.  Together, both components comprise the Morningside neighborhood.

The first part of the Morningside story will focus on the northern portion of the Morningside neighborhood. Created in the early 1920s, on the cusp of Greater Miami’s “real estate boom for the ages,” this neighborhood is comprised of former homesteads reaching back to the era of Reconstruction following the American Civil War. Much of the land that emerged as Morningside, originally referred to as “Bay Shore”, was hammock or jungle land abutting the warm waters of Biscayne Bay.

In the early 1920s, James Nunnally, a wealthy Atlanta candy manufacturer, purchased the large swath of land that would become, first, Bay Shore, then, Morningside. Nunnally’s purchase was inspired, in part, by the rapid growth of Miami and the surrounding area. As president of the Bay Shore Investment Company, he envisioned his development as an exclusive residential community with every modern convenience.  Inland lots were mostly sixty feet wide; substantially larger lots, which would host posh estates, were configured along Biscayne Bay.

Like other major developers of that and later eras, Nunnally created the infrastructure and the amenities before the first lot was offered for sale.  These features included paved and curbed streets bearing the names of trees and bushes; grass and foliage planted between sidewalks and curbs, street lighting powered by wiring contained in underground conduits; water, gas, and sewerage provided through the most modern technologies.

The area’s exclusiveness was also made possible through deed restrictions applied to each lot, which specified the minimum price of each home, while prohibiting the presence of duplexes, apartments and hotels.  Many streets also featured wide boulevards with verdant parkways in the center. Homes had to include masonry exteriors.  To ensure that these restrictions guided the development of every homesite, the developer required that all plans be submitted for approval prior to construction. 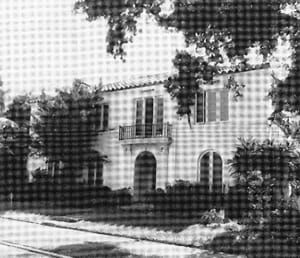 The earlier buildings in north Morningside were built primarily in the Mediterranean style of architecture, a design emphasizing barrel tile roofs, textured stucco, arches, and balconies. This sector showcased the work of more than forty noted local architects.  Their ranks included, Kiehnel and Elliott ( Richard Elliott was said to have introduced the Mediterranean style to South Florida); L. Murray Dixon, who later became one of the primary architects of South Beach’s Streamline Moderne style; Marion Manley, one of Florida’s earliest, licensed woman architects, and H. George Fink, who designed some of early Coral Gables’ most stunning structures.

Between 1922 and 1924, the developer platted three subdivisions comprising Morningside, parts of which extended west of today’s Biscayne Boulevard. Between 1922 and 1926, approximately forty-five homes were built.  The neighborhood was home to many of Miami’s most prominent citizens.  Their ranks included Frank Wharton, an early mayor, Sidney Meyer, a co-founder of Wometco, the giant theater and entertainment chain, Laura Cushman, founder and guiding force for six decades of the cutting-edge Cushman School, which stands across today’s Biscayne Boulevard from Morningside, Paul Scott, a prominent attorney and businessman, and, not surprisingly, James Nunnally, whose showpiece home, designed by Kiehnel and Elliott, overlooked Biscayne Bay.

The great real estate boom collapsed in 1926, before a mighty September hurricane wreaked havoc on the area, hitting Miami’s Bayfront communities especially hard. In the next article, we will examine Bay Shore in the aftermath of these twin blows to its well-being and the expansive era that followed.