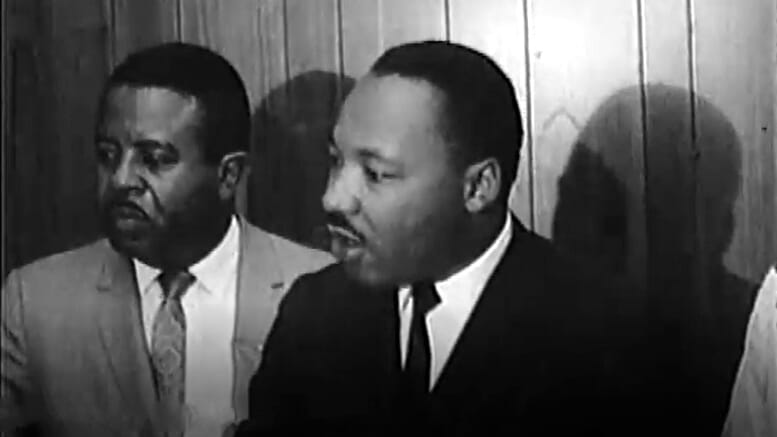 Dr. King at SCL Conference in Four Ambassadors in 1968.

Martin Luther King Jr. opened a series of meetings at the Sheraton Four Ambassadors for the Southern Christian Leadership Conference (SCLC), on Monday, February 19, 1968. The conference lasted five days and featured lunch meetings, seminars, workshops and a series of lectures.

The Miami Herald described the delegates of the conference as:

The purpose of the conference was to provide education for African American clergymen on how to minister to the social and economic needs of their congregations. Despite the clearly stated objective, some newspapers speculated that the conference was also to plan for future activism.

The Miami Herald wrote: “it was reported that some leaders would ask Dr. King to change plans for a massive demonstration scheduled for Washington in April. They hoped instead to stage protests in the districts of U.S. congressmen who vote against civil rights bills.”

However, Reverend Andrew Young, the executive vice president of the SCLC and co-organizer of the week-long event, said “the conference would not include planning for civil rights or anti-war demonstrations”.

The Four Ambassadors had just opened in January of 1968 and the Sheraton was considered one of the nicest hotels in Miami at the time. The northern most part of the complex was built on land that was the location of the Brickell Apartments (1917 – 1961).

The conference was met with cynicism by some newspapers. The headline in the Tallahassee Democrat read “Slum Conference in Plush Miami”. Despite the mixed media coverage, Dr. King was warmly greeted by Four Ambassador executives and the conference delegates. 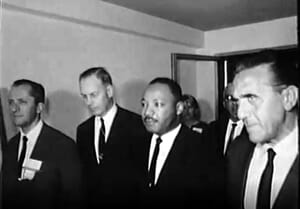 At the beginning of the week, the delegates listened to Dr. R.A. Abernathy during a welcome lunch at the start of the conference. The rest of the week was packed with workshops and lectures led by other leaders of the Southern Christian Leadership team.

Dr. King conducted non-violence seminars throughout the week. He also presided over the closing session of the conference on Friday, February 23rd. Overall, the conference was considered a great success.

Despite the feeling of progress by the delegates at the conclusion of the conference, forty-one days later Dr. King was assassinated in Memphis, Tennessee on April 4, 1968. The SCL conference at the Sheraton Four Ambassadors was the civil rights leader’s last visit to Miami.

For all that Dr. King had accomplished and all the places he visited, it is understandable that the Southern Christian Leadership conference in Miami may not be well remembered. However, the idea that his last visit to Miami was to focus on education, a quote by Dr. King on the goal of education came to mind:

“The function of education is to teach one to think intensively and to think critically. Intelligence plus character – that is the goal of true education.”

Dr. King’s life demonstrated that combining critical thinking with strong character can move mountains. His legacy is a reminder that there are more mountains that need to be moved.

Imagine the memories and sense of history for the attendees of the SCL conference. While the importance of the venue pales in comparison to the significance of the event, the Four Ambassadors in Brickell can be remembered as a stop in the journey of one of this nation’s most important figures.

2 Comments on "MLK Leads Conference in Brickell in 1968"