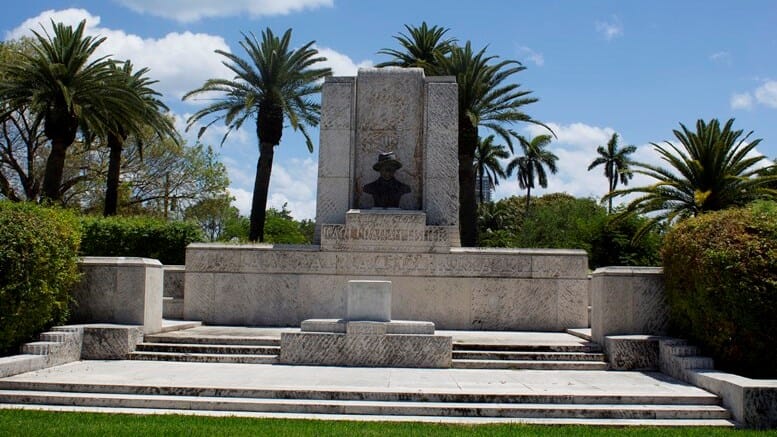 On April 10, 1941, Miami Beach citizens dedicated the only memorial in America that commemorates the accomplishments of Carl G. Fisher. The memorial features a bronze bust of Fisher, wearing his floppy hat and smiling. The inscription reads: “Carl Graham Fisher – he carved a great city out of a jungle”. The memorial is located at the corner of Alton Road and Lakeview Drive. 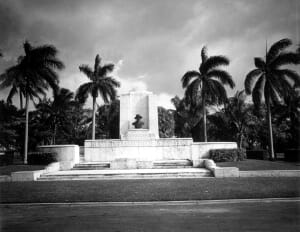 Fisher passed away in St. Francis Hospital on July 15th, 1939. In addition to being a founding pioneer of Miami Beach, he was responsible for building a number of institutions including the Presto-Lite Corporation, along with partner and fellow Miami Beach pioneer James Allision, which was sold to Union Carbide for $9 million in 1910. He was also a founder and builder of the Indianapolis Speedway, along with being a big contributor to the construction of the Lincoln and Dixie highways.