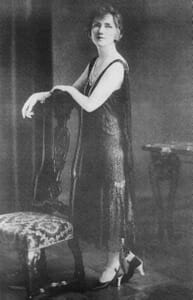 On February 20, 1979, pioneer Kathryn Highleyman died at the age of 97. She was the wife of Locke T. Highleyman, who developed the Point View subdivision in Brickell, as well as, Hibiscus and Palm Islands.

Kathryn was considered a cultural leader from the time of her arrival to Miami in 1903. She was the oldest living member of the Miami Pioneers Club at the time of her death.

Until the Chaille Plan, which named the streets in Miami based on a grid system, was enacted in 1920, SE 14th Street in the Brickell neighborhood was once named Kathryn Street. Locke Highleyman named the street in his wife’s honor while developing Point View.

She was survived by her daughter, Tiffin Shenstone, and her son Daly Highleyman. Daly passed away on December 31, 1990. 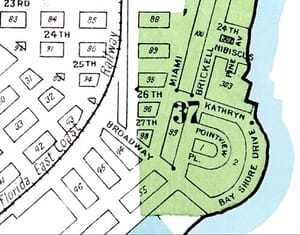 Read more information about Point View Subdivision in Brickell on the Miami-History Blog.