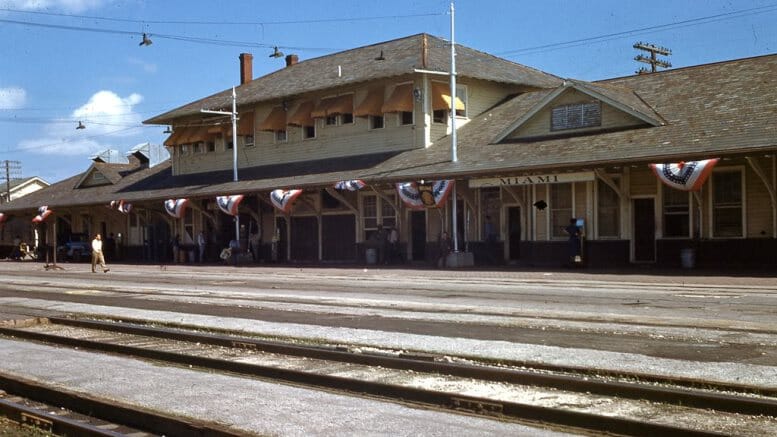 This podcast episode discusses the locations, stories, and impact of the FEC downtown railroad stations over the course of the City of Miami’s first 125 years of history. From the first temporary train station constructed in 1896, lasting only one year, to the tenured wood frame station near the county courthouse, the FEC railroad stations have always been important institutions during downtown Miami’s storied history. 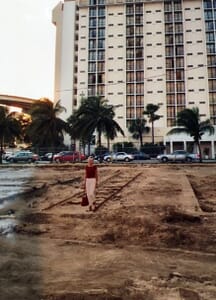 What began as a temporary structure that terminated near today’s NW First Avenue, which included a spur from the temporary stop to Henry Flagler’s Royal Palm Hotel, in 1896, gave way to Miami’s first permanent downtown train station near Miami News / Freedom Tower along today’s Biscayne Boulevard. The first permanent station lasted fifteen years when it was replaced with a wood-framed building located at 200 NW First Avenue which became Miami’s longest tenured downtown station.

The Florida East Coast (FEC) Railway constructed the second downtown station near the Dade County Courthouse in 1912. The station was a wood-frame building that fell out of favor with Miami residents during the post-war era of the 1950s. By 1963, the city razed and removed the station that had been operating from 200 NW First Avenue for more than 50 years.

Tune into this week’s podcast episode to hear more about the history of downtown Miami railroad stations. This podcast episode is available on the Miami-History Blog website, as well as, on iTunes, Stitcher, Soundcloud and Spotify.