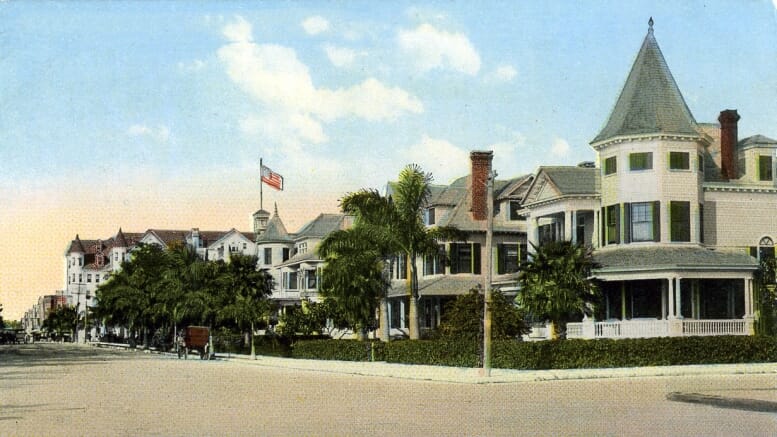 Postcard of Flagler Street in 1912

Given that Flagler Street is the main thoroughfare through downtown Miami today, it is hard to fathom that it was once lined with beautiful Victorian-style homes occupied by some of the city’s prominent early pioneers. The eastern portion of Flagler, once referred to as Twelfth Street, was mostly residential during the Miami’s first twenty years after incorporation.

However, it did not take long for real estate speculators to view Flagler Street as the future of its commercial center. As the Miami’s business activity concentrated along Flagler Street, a change in zoning and the types of buildings erected in the area were bound to change. This article provides the story of Flagler Street’s short-lived residential sector. 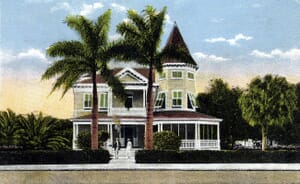 When Charles Frisbee retired in the early 1900s, he and his wife made the decision to construct their winter residence in the young city of Miami. The couple purchased a large lot and built a fine Queen Anne styled residence on the northwest corner of Twelfth (Flagler) Street and Avenue A (NE Third Avenue) in the heart of the Magic City. The couple was from Stuyvesant Falls, New York, and was looking to escape the harsh New York winters for a more temperate climate in Miami.

One of the big advantages of the location of their Miami property was the proximity of so many early amenities of the city. Across the street from their home was the northern edge of Royal Palm Park, where so much of the city’s early entertainment took place. To the south of the park was Flagler’s Royal Palm Hotel, which was the centerpiece of the young city’s social scene, particularly in the winter.

A block to the east of the Frisbee property was Biscayne Bay and a distant view of the Atlantic Ocean. The cool breeze off the bay provided a comfortable ambiance for those close to the water. A block to the west was the Halcyon Hall Hotel which offered an alternative to the more exclusive Royal Palm Hotel for dining and shopping.

Upon completion of the residence in 1903, the Frisbees spent their winter months in Miami and the rest of the year in Stuyvesant Falls. Their part-time habitation was like so many other seasonal residents of South Florida during this time. After owning the home for nine years, the couple sold the home to a prominent member of one of Miami’s most notable pioneer families. 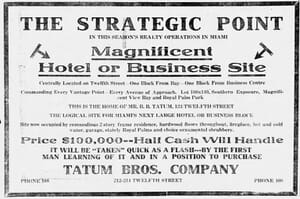 Bethel Blanton Tatum and his brothers were early real estate developers in the Magic City. The brothers organized several corporate entities to develop parcels of land into upscale subdivisions such as Riverside Heights, Riverside, Grove Park, as well as subdivisions on Miami Beach and in South Dade. Bethel came to Miami in 1899 to become the editor of the Miami Metropolis. He retired from the newspaper business in 1905, after Bobo Dean purchased the paper, to focus on his real estate interests.

Tatum and his wife rented one of Flagler’s Palm Cottages adjacent to the Royal Palm Hotel when they first arrived in the city. In April of 1912, the Tatums decided to make Miami a permanent home and purchased the Frisbee residence at 123 Twelfth (Flagler) Street. An article announcing the purchase of the home stated “it is the intention of Mr. and Mrs. Tatum to have the house thoroughly overhauled and refurnished, but this they will do at their leisure, and when finished they will have one of the most capacious and well arranged homes in the city, with a magnificent view of the Royal Palm park, the bay and they ocean.”

After occupying the home for five years, Bethel listed it for sale in 1917 by placing ads in the Miami Metropolis. As a real estate professional, Tatum knew that Twelfth (Flagler) Street was on the cusp of big change. He revealed his foresight in an advertisement published in the Miami Metropolis in February of 1917 which stated that the property would make a “Magnificent Hotel or Business Site.”

Once the advertisements began to appear in the Metropolis, it did not take long to find a buyer. Another real estate development firm had big plans for the section of Twelfth (Flagler) Street, between Avenue A (NE Third Avenue) to half-way to Avenue B (NE Second Avenue). 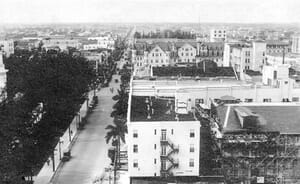 Henry Gould Ralston came to Miami on October 1, 1909 as an employee of the Everglade Land Sales Company. After getting acquainted with the city, Henry recognized the opportunity in buying and selling land. A few years after arriving, he formed the Ralston Brothers Incorporated with his brother, Robert. The firm constructed the Ralston Building which opened on February 3, 1917 as the tallest building in Miami until the McAllister Hotel opened in the fall of the same year. This building still stands today on corner of NE First Avenue and NE Second Street.

While the Ralstons were preparing to build their namesake building, they also had their eye on choice property along Twelfth (Flagler) Street near Avenue A. When they realized that Bethel Tatum was willing to sell or lease his prime corner lot in that section of town, they negotiated a 99-year lease agreement for the land for six thousand dollars per year on a $125,000 valuation of the property. A couple of years later, the brothers leased the property directly west of the Tatum property from Mrs. Harriett Beers that eventually became part of the Fairfax building, which was also built by Ralston Brothers Inc.

Once the Ralstons secured the land they desired, the brothers announced their plans to construct a luxurious twelve-story hotel on the site. The plan called for the hotel to span 200 feet on Twelfth Street and 140 feet on Avenue A. An article in the Miami News described the location as “choicest location in the city for a hotel establishment”. The article went on to explain that “it is far enough from the bay to avoid the disagreeable noises and odors and the high winds, yet near enough – one block – to be of easy access to the water.”

The brothers announced their plans on March 6, 1917, exactly one month before the United States entered World War I. The war effort called for the rationing of all goods, including building materials. While the Ralstons had grand plans to build the next great hotel in the city, they had to dramatically scale back their plans due to the lack of available materials to build their dream hotel. To adjust for circumstances, they built a one-story commercial structure along Twelfth (Flagler) Street for $10,000 to provide an arcade of shops.

The one-story arcade was merely a placeholder for what would become a much larger structure a few years later. In 1921, the brothers replaced the one-story structure with a four-story commercial edifice that they named the Calumet Building. This structure occupied the same 200 feet on Flagler Street, but extended further north on NE Third Avenue when it was constructed in 1921 – 22.

Tatum Residence Moved to The Boulevard 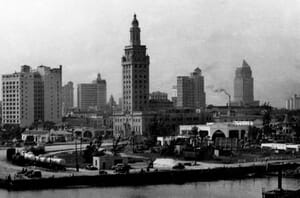 Figure 4: Port of Miami in 1920s. Curry Residence to the right of the white building on Biscayne Boulevard

When the Ralstons leased the Tatum property, they became responsible for the disposal of the fine residence that sat on the lot. In July of 1917, Allison B. Curry, who later became the city manager for both Coral Gables and then Miami, agreed to purchase the home and move it a few blocks to where he purchased three lots for $17,000 on the northwest corner of today’s Biscayne Boulevard and NE Seventh Street.

The easy part of the transaction was purchasing the home and the lots where it would be relocated. The difficult part was preserving the structural integrity of the residence during its transition from Twelfth Street to its new location. In order to move it, the dwelling was cut in half with the goal of transporting it in two manageable sections. Once both halves were moved, the structure was reassembled and secured at its new home along the Boulevard.

Following its relocation, the residence was used for a variety of purposes. In the early 1920s it served as a temporary location for the Miami Conservatory and later became a rooming house. It is not clear when the home was razed, but it appears to have stood on Biscayne Boulevard well into the 1930s.

While downtown Miami has changed considerably in the last one hundred and twenty years, it is interesting to reflect on the early days of Flagler Street prior to it evolving into one of the city’s most important thoroughfares. As I looked at the postcard of this foregone era, I couldn’t help but imagine walking out the front door of 123 Twelfth Street, seeing Royal Palm Park across the street, and then taking a short walk east to the edge of Biscayne Bay to be greeted by a cool breeze on a beautiful winter day in the Magic City.