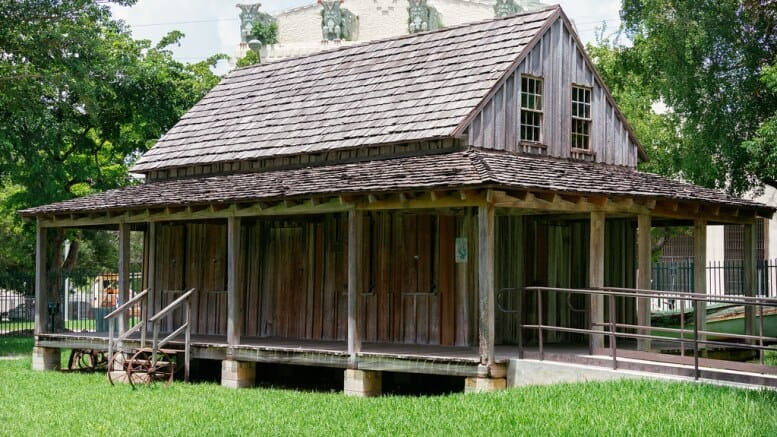 The oldest institution in the greater Miami area centers on religion, specifically the Roman Catholic faith, which traces its beginnings here to a Spanish Jesuit mission on the Miami River in 1567, followed by additional missions in 1568 and 1743.  More than a century later, William Wagner, a devout Catholic of German descent, hosted Catholic services of the veranda of his wood frame home in today’s Highland Park neighborhood, near today’s Jackson Health Center complex. He migrated to Miami in the mid-1850s and opened a business as a settler on the Miami River selling provisions to troops at nearby Fort Dallas during the Third Seminole War, which took place between 1855 through 1858.

The first documented service at Wagner’s house took place in January 1872, when Father Peter Defau celebrated Mass on the front porch in an area surrounded by Dade County pine trees, and close to a tributary of the Miami River known as Wagner Creek. Father Defau spent more than three weeks with the Wagners at their house.  Rose Wagner Richards, the daughter of William and his wife Evaline, recalled that the priest celebrated Mass and dispensed the sacrament of Holy Eucharist daily. The two Wagner children made their first Holy Communion during this time. Other priests followed in the wake of Father Defau’s visit.  They stayed briefly and held services in the Wagner home.

In 1875, Bishop Augustine Verot of the Roman Catholic Diocese of St. Augustine, traveled from that community to the Miami River and asked William Wagner to build a chapel next to his home for worship and other services.  Verot was interested in establishing a Catholic outpost in this desolate area partly because of his belief that “Dade County is a post where the few Indians left in Florida can be visited by the missionary.  It is believed that they show a preference for the Catholic worship.”

In that visit with the Wagners, Bishop Verot administered the sacrament of Confirmation to members of the Wagner family.  The “congregation” consisted of just five persons, the Wagners and John Adams, a settler living along one of the forks of the Miami River. In the meantime, William Wagner accepted Bishop Verot’s offer and built a simple, unpainted 40 by 10 foot board and batten structure with a wooden cross atop it.  It stood next to the Wagner house, and it represented the first house of worship in the pioneer settlement of Miami which claimed only a double-digit population.

One year after Bishop Verot’s visit, a Father Hugan (the documents I consulted did not list his first name) traveled from Key West to dedicate the new Wagner chapel.  Father Hugan also stayed at the Wagner homestead for more than three weeks, conducting Easter services for residents of the area.  On September 5, 1876, Father Hugan officiated at the marriage of Rose Wagner and Adam Richards, who homesteaded in today’s South Miami.  One historian described the Wagner-Richards marriage as “quite a social event.” Attendees included white pioneers as well as Native Americans (today’s Miccosukees), who “watched with some astonishment.” Over the succeeding years, the Richards had ten children and their home on Erwin Road still stands. 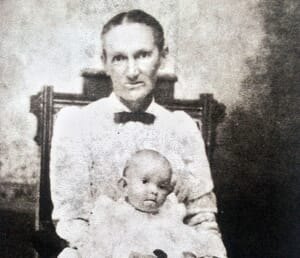 In the following two decades, several clergymen from St. Augustine, as well as Jesuit priests from Tampa, officiated at religious services in the Wagner chapel.  In 1892, however, a fire destroyed the log chapel.

One of America’s last frontiers, South Florida, began to throw off its isolation and desolation in the late 1800s.  The rise of small farming communities along Biscayne Bay and areas north of it prompted the Diocese of St. Augustine to send Jesuit missionaries to these settlements. And even though the preponderance of missionary activity was in southwest Florida, Father John Quinn characterized the mission in Miami as “principal and promising.”

The Jesuit activity in southeast Florida increased significantly in the mid-1890s with the entry of Henry M. Flagler’s Florida East Coast Railway.  A Gilded Age prince, Flagler, whose fortune emanated from his holdings in the Standard Oil Company, which he founded along with John D. Rockefeller, had by then turned his attention to developing Florida’s east coast with his expanding railroad, resort facilities, and other developmental activities. 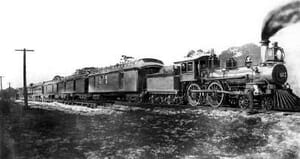 After pausing long enough to create West Palm Beach, a workers’ town, as well as Palm Beach, the posh resort across Lake Worth from it, Flagler extended his railroad into Miami in April 1896. Joseph A. McDonald, a devout Catholic who was instrumental in the success of Flagler’s Florida enterprises, primarily as a hotel builder, encouraged the entry of Jesuits to the area.  Their missions and churches followed.  In 1896, McDonald and his family erected a large wood frame house at the confluence of the Miami River and Biscayne Bay. It was in this home, which looked out in a northwesterly direction toward the rising hulk of Flagler’s soon-to-be magnificent Royal Palm Hotel, where the first Catholic Masses of that era were celebrated.

In our next installment of this blog, we will trace the rise of Gesu Catholic Church in the young city of Miami.