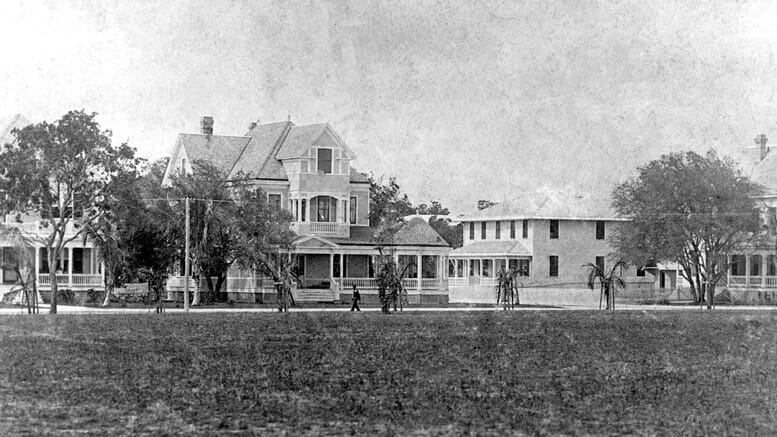 Residences on Avenue B in 1903

The downtown Miami of yesteryear was just as likely to feature blocks of residential single-family homes as it was commercial structures. A good example of a prominent residential section in the downtown area of the early 1900s was the two-block composition of Flagler’s Palm Cottages, which stretched from today’s Flagler Street on the north, SE Second Street on the south, SE Second Avenue on the east, SE First Avenue on the west.

While the “cottage” designation may indicate that the homes were small and modest, there were some large Victorian-style residences that were owned by some of Miami’s most distinguished pioneers. Several of the more prominent homes found in this residential quarter were constructed along Avenue B, or today’s SE Second Avenue, and situated across the street from Royal Palm Park. This article will provide the stories of the four residences seen in the cover photograph showcasing the Avenue B (SE Second Avenue), residential quarter in 1903. 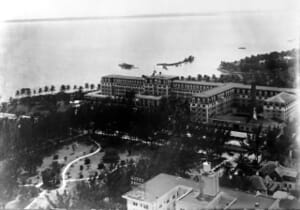 Figure 1: Aerial view of Urmey and Royal Palm Hotels in 1918

The building that is partially seen in the cover photograph on the right was the home of Lewis Q. Jones and his wife at 1218 Avenue B. Translating for the change of address schemes, implemented in 1921 as part of the Chaille Plan, this structure was located on the northwest corner of SE Second Avenue and SE First Street. The property was part of block 121 and composed of three lots: 18, 19, and 20.

The Jones family, who traveled to Miami from New York for the winter season, purchased this residence in the early 1910s after years of staying in the Royal Palm Hotel, which was located a short walk from this home. In 1916, Lewis sold the property to William Urmey who purchased the land to construct his namesake Urmey Hotel on the corner of SE Second Avenue and SE First Street.

The residence in the picture was not razed to make room for the hotel, but was sold to Charles Oxar who moved it a few blocks away. The movement of buildings to or around Miami was fairly common during the early years of the city’s existence. Not only was the home moved from the property, but so were several mature trees when James Deering transplanted them from this downtown corner to his Vizcaya property.

The Urmey Hotel stood for eighty-eight years from 1917 until 2005, when it was razed to make room for a new residential tower. Today, the Centro Miami condominium complex, at 151 SE First Street, occupies the location of the former downtown hotel. 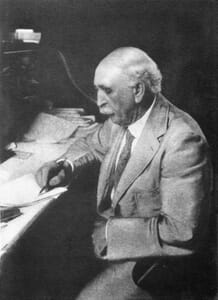 The home to the west of the Jones’ property was owned by Ethan Vernor (E.V.) Blackman, the man who gave the City of Miami the moniker of ‘The Magic City’. Blackman was hired by Henry Flagler to write an article about the not yet incorporated City of Miami for a new magazine called ‘The Florida East Coast Home Seeker’ and became enamored with a city that would become his home. The magazine was established to promote the city and advertise real estate owned by the Florida East Coast organization.

Blackman moved to the Magic City as the editor of the aforementioned magazine and became one of the city’s most ardent supporters. He and his wife moved to 213 Thirteenth Street, the two-story white house behind the Jones residence in the cover photograph, which was located on lot 17 of block 121, facing today’s SE First Street. The Blackman family frequently entertained friends and family at this home during their occupation of the residence.

On July 17, 1914, E.V. Blackman invited many of Miami’s early pioneers to this home to form an organization to commemorate and document the stories of Miami’s founding and formative years. Some of the pioneers who attended with their wives included Doctor James Jackson, John Sewell, Joseph McDonald, Doctor P.T. Skaggs, Salem Graham, J.E. Lummus, John Seybold, C.T. McCrimmon, plus many others.

The meeting led to the formation of the ‘Old Settlers Association’ and had the ambitious goal of meeting weekly to pursue the goals of its charter. The organization participated in the county fair at the FEC fair building, raised money for special projects and civic needs, and set out to document the early history of the Magic City. The association was a county-wide organization but required members to have arrived in Dade County no later than the founding year of the City of Miami (1896). However, participation in meetings and events began to taper given the time commitment expected of members. The organization went dormant within two years of its founding when active membership withered to Blackman and a few others.

In April of 1920, Blackman took the initiative to revive the association. He recognized that the group required too much time by expecting members to attend weekly meetings, and that it placed an unrealistic time limit as to when one could qualify to become an ‘old settler’. The new group organizers proposed to revise the rules and regulations to only meet twice a year and to advance the time for eligibility to the year 1906. At this time, the organization also chose to adopt a new name: ‘The Dade County Historical Society.’

The Blackman family lived at 213 Thirteenth Street until 1915 when the property was sold to their neighbor, Lewis Q. Jones, who would later resell the property to Urmey to include as part of his assemblage of lots to build his hotel. On May 11, 1916, the transaction to transfer lot 17, or the former Blackman property, from Jones to Urmey was formalized allowing for construction of the hotel to begin and leading to it opening on January 4, 1917.

The Blackman family moved to a handsome Belvidere Bungalow in the Riverside Heights neighborhood, and lived there for the remainder of their years. E.V. continued to write and publish articles for the Miami bureau of the Florida Times-Union, and published a book called “Miami and Dade County Florida”, which chronicled the stories of the men and women who were part of Miami’s early history. 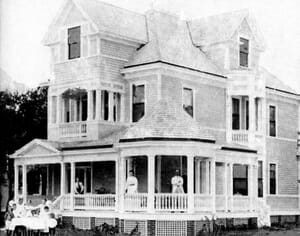 One of the most impressive residences along Avenue B was the Johnson home at 1300 Avenue B, located on the southwest corner of today’s SE Second Avenue and SE First Street. John W. Johnson was a prominent early Miami resident who spent most of his time in Key West, Florida, running the J.W. Johnson & Company lumber and hardware store.

The Victorian-styled home served as the Johnson family residence until the family leased the home to Minnie March so that she could expand her March Villa rooming house operation. Hotel accommodations were scarce and rooming houses filled the demand for housing during the early years of Miami.

In 1904, there was an article in the Metropolis describing a law suit filed by William Mark Brown, the first president of the Bay of Bank Biscayne, to evict Minnie and her husband from 1300 Avenue B. It is not clear whether Brown purchased the home, or foreclosed on it in the capacity as an officer of the bank when he filed the law suit to evict the proprietors of March Villa. Regardless of the circumstances, Brown wanted March Villa to cease operations at this residence. After a protracted legal proceeding, Minnie decided to move March Villa out of 1300 Avenue B in 1905 but continued to operate two other villas, one located on SE First Street and the other on the corner of NE Third Street and Biscayne Boulevard (all addresses based on today’s address scheme).

On June 7, 1911, a lawyer by the name of Frederic Rand purchased 1300 Avenue B and made it his family residence. After moving his family into the home, Rand began purchasing land along Avenue B, later known as East Second Avenue, and other lots in the Royal Palm Cottage residential sector along Thirteenth and Fourteenth Streets, later known as SE First and SE Second Streets, and began to replace the residences with commercial buildings.

He constructed the Columbia Building, which spanned SE First Street to SE Second Streets along SE First Avenue, a block east of his home. He later developed several other buildings along East Second Avenue, hoping to create a prominent business corridor comparable to Fifth Avenue in Manhattan, New York. His last project was his most ambitious considering the planned scale and opulence. What was going to be called the Roosevelt Hotel was left only partially completed when the building boom ended in 1926. The partially finished building was later completed and converted into the Lyndsey Hopkins Technical School.

As part of his vision to create an iconic business avenue, Rand also replaced his residence with a commercial structure in 1926. Like so many other developers during the great building boom of the 1920s, Rand was a man of vision and means until his timing ran out. While most of the buildings he constructed in the 1920s are long gone, the commercial edifice that replaced his home still stands today. 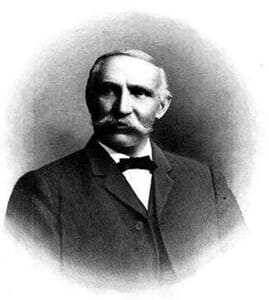 Figure 4: Portrait of Joseph A. McDonald

Directly to the south of 1300 Avenue B was the residence of the man who Flagler put in charge of overseeing the development of early Miami, Joseph A. McDonald. Although the home at 1308 Avenue B (partially seen on the far left in the cover photo), was constructed for, and owned by McDonald, it was often leased out to other pioneer families and visitors during the early years of the city. For a brief period in 1905, it was also leased by Minnie March to serve as overflow accommodations during a very busy winter season.

In addition to being Flagler’s top officer in Miami, McDonald also established a lumber and hardware store, as well as constructed the first brick building in the Magic City when he erected the Biscayne Hotel (aka Biscayne Inn), on the corner of Twelfth Street and Avenue D, or today’s Flagler Street and Miami Avenue. The Biscayne Hotel occupied that iconic corner until Burdines expanded west and replaced the building in 1936.

The residences at 1300, Rand’s former home, and 1308 Avenue B (block 126: lots 1, 2, 3), were both replaced in 1926 with the Huntington Building, at 168 SE First Street, which still stands today on the southwest corner of SE Second Avenue and SE First Street. This building was one of handful of remaining relics of the building boom of a hundred years ago and perhaps the most prominent lasting legacy of Frederic Rand.