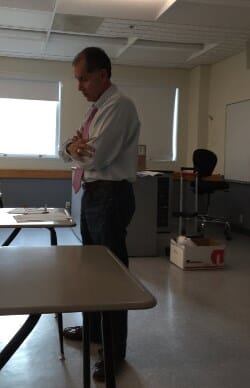 The spring 2016 semester at Miami Dade College will mark the end of an era. The South Florida History Class will be taught by Dr. Paul George for the last time. George will be retiring at the end of the spring semester.

Dr. Paul George has long provided a combination of classroom and tours to convey Miami’s story. One can learn a lot about Miami and its nearly 10,000 year old history. Many people do not realize that the area supported natives long before it became incorporated as the City of Miami.

If you choose to take the last offering of this class, you will learn:

The class is conducted on Thursday evenings from 5:40pm – 8:00pm. Every other week will be a tour of the city.

If you are interested in enrolling in the last offering of this class, please contact Dr. Paul George directly at (305) 237-3723 or via e-mail at paul.george@mdc.edu.