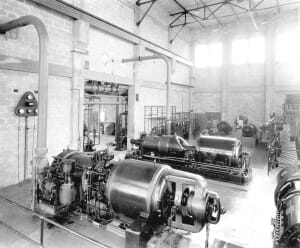 On December 13, 1920, the Miami Beach Electric Company turned on their big electric turbine for the first time. Within a week, the company furnished electric power to Miami Beach. This was the first incarnation of electricity provided by a Miami Beach company.

The introduction of electricity on the barrier island coincided with the beginning of trolley service from downtown Miami to Miami Beach. On June 5, 1913, the Dade County Commission approved a 30-year franchise to the Miami Beach Electric Company to operate trolley service over the MacArthur Causeway. However, the country’s entrant into World War I delayed the completion of the causeway which meant that trolley service was also put on hold.

After bringing the electric turbine online for beach residents, electric trolley service began running over the causeway on December 18, 1920. Service operated between the mainland and the beach until October 18, 1939, when it was discontinued. 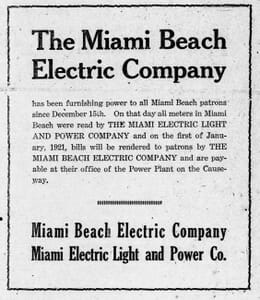 Figure 1: Ad for Miami Beach Electric Company in December of 1920.

South Florida residents have been waiting for the return of mass transit from downtown Miami to Miami Beach since the discontinuation of the electric trolley. An initiative called Baylink proposed instituting light rail over the MacArthur once again. However, it hasn’t gotten much traction since it was initially proposed in 2014.