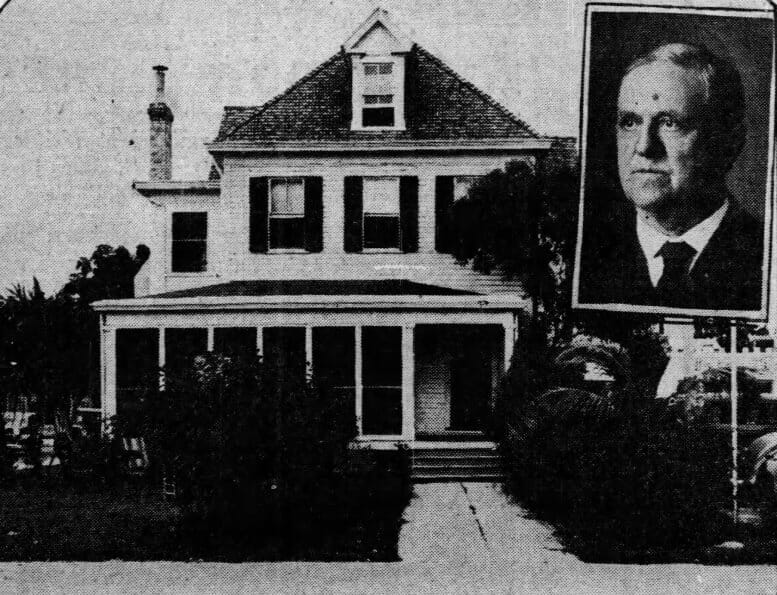 The headline in the Miami News read “Miami’s Oldest Home Sold”, with the byline adding “Once Fashionable Watson Home Shadowed by Skyscrapers.” The story ran in the July 31, 1935, issue of the News and told the story of the Watson residence at 132 SE Second Avenue in downtown Miami.

The home was originally one of many Royal Palm cottages constructed by Henry Flagler to provide housing for the families who moved to Miami to help build the city. The cottages lined SE First Street and SE Second Street, while wrapping around to SE Second Avenue in between the two streets. The cottage on the northwest corner of today’s SE Second Avenue and SE Second Street was built in 1899 and purchased by the Watson family that same year. His neighbor to the north was John B. Reilly, the first mayor of Miami. 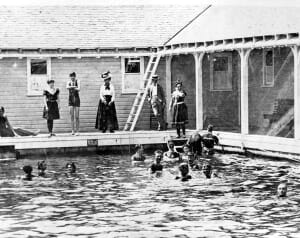 John W. Watson was also a former mayor of Miami, a pioneer retailer, and a state senator. He started one of the first hardware stores in the city and provided lumber for many of the early structures in Miami. He constructed his hardware store on the corner of SE First Street and South Miami Avenue in 1905, which stood until June of 2021 when it was razed to make room for a surface parking lot. He served as mayor during two different terms, the first from 1913 to 1915, and the second from 1917 – 1919.

The residence was located across the street from the Royal Palm Casino (pool), and during the summer months, when residents were allowed access to the casino, friends of John Watson Jr. would only have to shout his name to call him over to join them in the pool. The younger John Watson would later become a long-time city attorney for the Magic City. Watson Island is named in honor of both Watsons, junior and senior, for their service to the city.

The residence was host to some prominent guests during its thirty-six-year existence in downtown Miami. President William H. Taft once sat in the parlor of the home while visiting Senator Watson. William Jennings Bryan, a three-time presidential candidate and former secretary of state, visited the home on many occasions. Bryan and John Watson Sr. were close personal friends. Bryan regularly conducted Sunday service to large crowds of worshippers in Royal Palm Park, only a block from the Watson residence. The Miami News article went on to add that “high officials of the state called upon the veteran legislator” at his residence during John Sr. time as senator. 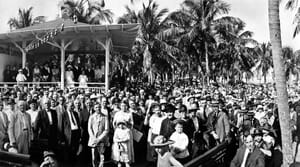 At one point, when a large rubber tree outgrew its place in the backyard of the Watson residence, leaving the family with the proposition of having to fell the tree to avoid risk of damage to their home, James Deering came along and offered to purchase and relocate the tree to his Vizcaya estate. Deering relocated several other prominent tree species from downtown Miami to his property during the 1910s. It is possible that that rubber tree still stands on the Vizcaya grounds today.

According to the News article, the plan was to relocate the cottage from downtown Miami to an unspecified location outside of the city. The Watson family purchased property and built a home at 1498 South Bayshore Drive in the Point View neighborhood which is why they sold their downtown residence. The article went on to say that the company who purchased the land was intending to convert it into a surface parking lot, the same fate as Watson’s commercial building more than eighty-five years later. History has a strange way of repeating itself.