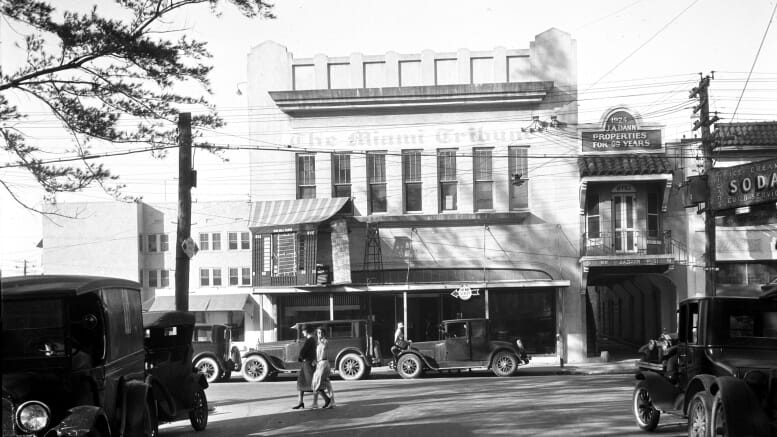 When the Miami Tribune published its first issue on July 1, 1924, the city it covered was approaching the peak of the building boom of the 1920s. Publishing real estate advertisements was every bit as profitable as transacting the property being advertised. The timing to begin a new daily newspaper couldn’t have been better.

However, with every boom there is a bust. The first incarnation of the Miami Tribune (1924 – 1927), relied on advertising dollars to stay in business and that revenue source dried up when the building boom came to an end in 1926. The Tribune lasted another year before filing for bankruptcy in August of 1927. 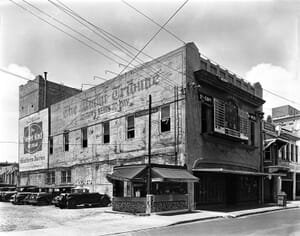 The Miami Tribune building in the cover photo was located at 55 NW First Street, positioned behind the first Dade County Courthouse, at the northern terminus of NW Miami Court in downtown Miami. The Tribune did not stay in business long enough to see the completion of the second Dade County Courthouse, which was dedicated on September 6, 1928. The building was constructed in 1924 for the publisher but was converted into an automobile dealership showroom by the fall of 1929. The Knight Motor Company sold DeSoto cars out of the building following the conversion.

The second incarnation of the Miami Tribune (1934 – 1937), would come on November 15, 1934, when Moses Annenberg used the ‘Tribune’ name in what was characterized as a “headline-screaming tabloid” by author Charles Whited in the biography of John Knight. Annenberg got his start with the Hearst Publishing company in Chicago, Illinois, and, after learning the business, built his own publishing empire during the 1930s. The newspaper began as the Miami Beach Tribune, while located at 528-530 Lincoln Road, and then later moved the operations to Miami and changed the name to the ‘Miami Tribune’. It was also referred to as the ‘Daily Tribune’ for a short while. 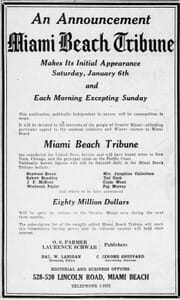 Figure 2: Announcement of Miami Beach Tribune in December of 1933

The Miami Beach Tribune published its first issue on January 6, 1934, however had to suspend publication in the Spring of 1934 for financial reasons. Annenberg acquired the paper in the fall and resumed publication on November 15, 1934. It was at this time that the newspaper took on a tabloid format.

Annenberg was considered one of the wealthiest men in America during the Great Depression decade of the 1930s. He had control of the race wire service and owned the Racing Form and the New York Morning Telegraph, to name a couple of his publication interests.

In addition to covering the tabloid stories of the day, this incarnation of the Tribune also exposed political corruption and illegal gambling operations in South Florida leading to Annenberg and his publication to become enemies of some powerful people in Miami. From its onset, the Tribune was one of three newspapers in a city that could only support two daily publications. It is unlikely the newspaper operation ever turned a profit during Annenberg’s tenure as owner.

By the summer of 1937, Annenberg purchased the Philadelphia Inquirer and began to lose interest in the Tribune. His trusted city editor, Paul Jeans, died in an automobile accident in April of 1937, leaving his Miami publication with a void in leadership. Moses’ enthusiasm for his failing Miami Tribune began to fade during this time. 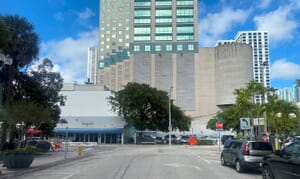 Figure 3: Former Location of Miami Tribune in Downtown Miami in 2022

By October of 1937, John S. Knight purchased the Miami Herald from Frank B. Shutts, the long-time owner of the Herald. After closing on the purchase, Smith Davis, the broker who facilitated bringing Knight and Shutts together, suggested that Knight make an offer for the Tribune. At first, Knight was hesitant but was convinced by Davis to schedule a meeting with Moe (Moses) Annenberg. When they met, Knight and Annenberg agreed that there wasn’t room for three newspapers in town and arranged a deal for Knight to purchase the Tribune for $600,000 and an exchange of ownership for the Massillon Independent, located in Massillon, Ohio, which had a small circulation of 10,000 subscribers but was profitable with an annual net income of $50,000.

On December 1, 1937, Moses Annenberg published his last issue announcing that the newspaper had been purchased by John Knight and would be merged with the Miami Herald. He went on to review the mission and accomplishments of the paper during the three-year life of the second incarnation of the Miami Tribune.

The building in the cover photo of the first Miami Tribune on NW First Street is long gone, but on the spot where the newspaper building once stood is an establishment called the Auld Dubliner Irish Bar & Kitchen. From printing presses to Irish Whiskey, a lot has changed in downtown Miami. As time passes, the one constant in Miami is change.