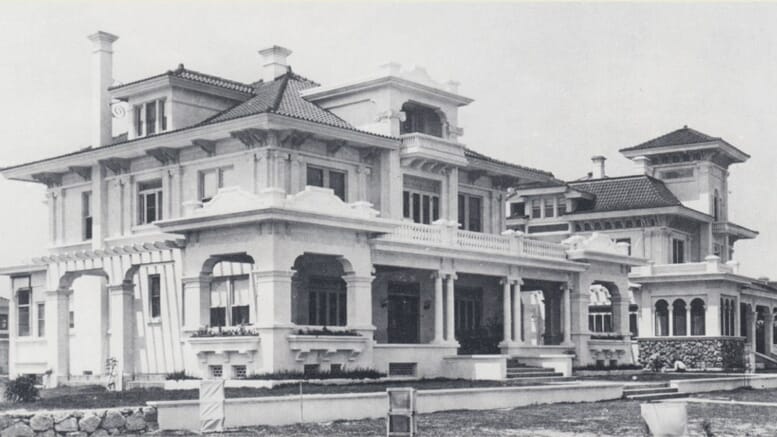 Dade Heritage Trust has begun a series of Brickell neighborhood walking tours to bring awareness to a neighborhood that has changed dramatically in the last couple of decades. The area once known as South Miami or Southside, was the home to some of the finest homes in Miami. The area is now internationally known simply as “Brickell”.

Carl Fisher, who lived in the Brickell neighborhood in the early 1910s, was inspired by the dredge and fill process in Point View that he replicated the approach to create a lot of the land that is now Miami Beach.

Brickell Avenue’s Millionaire Row consisted of mansions that were built by the industry leaders of the late nineteenth and early twentieth centuries. Most of the mansions have been replaced with condominium complexes.

The pictures of some of the homes and mansions that once resided in Point View and along Brickell Avenue are available as part of the photo gallery below. If you are interested in learning more about the people, homes and events in these areas, consider attending the weekly Saturday morning walking tours offered by Dade-Heritage Trust.

Click on the button below to sign-up for the Miami-History newsletter to keep informed and be reminded of the timing of upcoming tours. In the meantime, enjoy the photo gallery.